What good is Twitter? Dunno. But here're my monthly best! 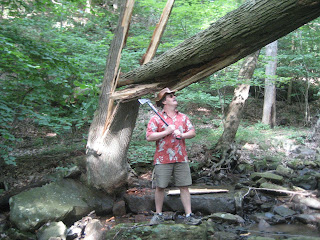 After quarterly reports disappointed, Twitter CFO Anthony Noto said a nimble explanation of what Twitter does or why anyone needs it remains elusive. I’ve tweeted 4,685 times and I have no idea either. Still, I enjoy twitter and the platform eliminates the need for me to write all this stuff on some dingy bathroom wall, the otherwise logical destination for these sort of things.

You’re welcome to follow me @8days2Amish or you can just keep checking out the blog. I’ll make sure you won’t miss any of the good stuff.

• The preamble to the Constitution for Concord grapes begins, "We the purple . . ."

• Rejection & humiliation are challenges we can use to either defeat or fuel us. If true, I have enough fuel to drive my Saturn to Pluto.

• Another problem of mine is anytime I get a real train of thought really rolling the conductor always behaves like he’s shitfaced.

• Report says eye strain resulting from staring at devices at an all-time high. It's an appademic.

• Ham radios will be more popular when ham radios are made from ham.

• Many good people in church praying God will change world & bound to spend week ignoring all their god-given abilities to change the world.

• The inertia of summer laziness means my entire ambition this week is focused solely on finding a sensible reason to use "kowtow" in a lead.

• I wish I had friend who spoke just like Arby's commercial guy & I wish he used same enthusiasm & inflection to call about golf.

• I wonder how the world would be different if Noah'd had a fly swatter.

• When you break it down, padlock is a pretty groovy name for an item that can be used to lock your pad.

• If they were made today, each of the comedy shorts would have disclaimer, "No Stooges were hurt in the making of this film."

• Fighting an alien impulse to vanquish boredom by announcing I'm the father of Bristol's new baby.

• Try and do at least one thing this week that will blow your hair back and allow you to say, “Wheeeeeeee!!!"

• I’m glad the people in medical world allow the rest of us to call what they know is the umbilicus our belly buttons.

• Stephen Hawking to spend $100 million to find alien life. Trump to spend that much keeping it from crossing our Southern border.

• She’s been cagey about not criticizing him. I think a certain former Alaska guv is preparing Trump/Palin '16 bumper stickers

• What umbrella alterations will be necessary in the next Sharknado?

• ”London Bridges Falling Down" is a popular nursery rhyme. London britches falling down is a sartorial scandal of epic proportions.

• NASA 8.8 billion planet discovery means the phrase “men are from Mars/women from Venus” may one day be less metaphorical.

• Because I believe in the well-being of my fellow man, I'll no longer say, "Have a nice day!" From now on, it's "Duck when you hear gunfire!”

• What would the repercussions for humanity be if aliens landed and said "Take me to your leader," and the greeter took them to Trump?”

• Can’t prove it, but I'll wager Superman was the first person to ever say, "I see London, I see France …"

• I tend to judge all illegal immigrants by how their being here will improve my culinary options so I'm fine with Mexicans.

• Does anyone know how disable the app that causes my phone to ring in another room 90 seconds after my butt hits the toilet seat?

• We live in a time when never before have so many unhappy people had the ability to appear joyously otherwise. Thank you, Facebook!

• NASA deserves ridicule for saying there are 8.8 billion Earth-like planets. Wrong! None of them have Trump!

• Infuriates me knowing I could get into a you-think-you're-better-than-me contest with Ashton Kutcher and he'd win.

• I dreamt I called Lynne Cheney a bitch last night. Now, I'm afraid if I go to sleep, Dick Cheney is going to waterboard dream me.

• Harper Lee a victim of Murdoch's elder abuse. And here I thought publishing industry only treated nobodies like me with such cruel disdain.

• I wonder what goes through the dog's mind when he sees me alone in a quiet room frantically looking for the remote.

• J. Geils is no longer in the J. Geils Band and through 27 members there's never been anyone named Marshall or Tucker in Marshall Tucker Band.

• When I promised I'd no longer write about politics, I had no idea Donald Trump was going to be the leading GOP candidate.
Posted by Chris Rodell at 8:29 AM