Let's extend marriage by making it by the numbers 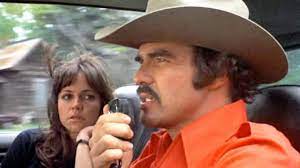 My wife of 25 years and I are in the habit of concluding most every day by saying, “I love you.” We both say it in a whisper and we both know hearing “I love you,” means it’s time to shut the hell up and try to get some sleep.

With all due respect to Led Zeppelin, that’s a whole lotta love.

She’s unlikely to admit to it, but I’ll bet maybe as many as 1,400 of her declarations included the unspoken modifier, like if she’d completed the statement outloud, she’d say, “I love you, asshole!”

I suspect the situation is similar in marriages of any duration, but particularly with those of extended familiarity.

I’d heard a friend in a bar, a long-time married man, contend that time worked against successful marriage. He said the idea of being married-for-life became fashionable when human life expectancy was capped at about 40 years.

“Back then, people would get hitched when they were 18 years old and at their weddings they’d say, ‘I’m going to love this gal for the rest of my life.’ Then after 20 years they say, ‘Boy, the old lady and I are just sick of one another. But the good news is we’ll both likely be dead in the next couple years so we might as well stick it out.”

Note: His wife ended up hooking up with a sporty young aerobics instructor down at the gym and he spent his later years lamenting why he spent so many boozy evenings in dim bars philosophizing about marriage with guys like me rather than being home sparking the missus.

Today, it’s not uncommon for marriages to last 50 or more years.

’til death us do part?

It’s why I wonder about the custom of repeating nightly I-love-yous to bleary bedmates who fall sound asleep during the “Seinfeld” rerun.

I’m proposing a numeric solution to every marriage that’ll spice things up with a game show element to what is now rote communication.

Instead of saying a stagnant I love you to a disbelieving spouse, you’d say, “8.”

Each day we’d honestly evaluate one another on the 1-to-10 scale.

If she mowed the lawn, cleaned the gutters and still found time for evening romance, give her a 9.

If he came home sober enough to haul the kids to softball practice and remained alert through out the “Ozark” finale, it was kind of a wash. Sounds to me like a 5.

Couples could go out to dinner once a month to tally the totals. Loser buys.

More than that, the loser would be incentivized to do improve. I know if I saw a monthly score where Val was beating me, say, 232 to 129, it would light a fire under my butt.

I mean, what real man could tolerate such pride-busting beatings without doing something, anything, to correct the embarrassing discrepancy?

Other than Pittsburgh Pirate owner Bob Nutting, of course

Marriage is often referred to as a journey, which makes it sound too poetic to me.

It’s more like a cross-country, interstate delivery dash where both spouses have their hands on the wheel.

There will be detours, traffic delays, breakdowns and, at times, a question if you’re going to make it all the way.

It helps if you both understand you’re both in for the long haul.

I’ll leave it up to you to decide if that last line was nostalgic trucker jargon or what I anticipate the respective scores Val and I earn from one another.

Posted by Chris Rodell at 9:27 AM No comments:

Read All About It! My new novel, Page 1 of Latrobe Bulletin 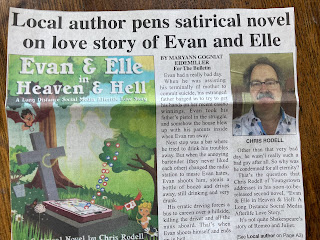 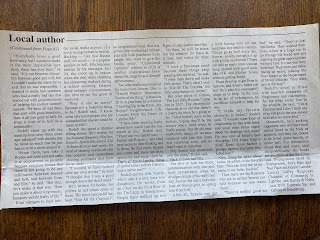 Posted by Chris Rodell at 11:22 AM No comments: