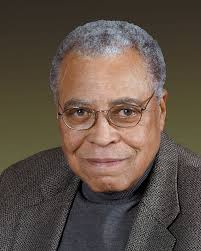 My girls didn’t believe me when I told them they were now the offspring of an Emmy nominated voiceover artist.
In fact, I think the 14-year-old was already looking forward to her paternity test.
Why would I lie about the august credential?
Gee, anyone care to start a list?
Let me.
First, it’d be very cool; second, it sounds like the kind of thing that might lead to a backstage introduction to Neil Patrick Harris; third, it sure beats hearing my daughters say, “My daddy blogs!”
In fact, it is true.
I only wish you could hear me verbalize that confirmation.
You’d melt.
I didn’t realize it till yesterday, but my voice is a heady mashup of Morgan Freeman’s gravitas, George Clooney’s debonaire, JFK’s historical impact, with just a dash of Pee Wee Herman thrown in for spritely yucks.
You can check it out right here.
It’s the Emmy-nominated film, “The Closing of the Donora-Webster Bridge,” by my friend, videographer Brian Henry of the Pittsburgh Tribune-Review. The Mid-Atlantic Chapter of the Television Arts & Sciences nominated the 7:20 segment for its “Public/Current/Community Affairs Feature/Segment” award.
If you think you’ve never seen Brian’s work before, many of you are mistaken.
He shot the vividly colorful “Use All The Crayons!” homepage promo. I think it perfectly conveys what the book is all about, which is mostly me juggling and shooting waste paper basket hoops.
It was done right around the time Brian was shooting video of the Donora Bridge. The bridge closing and eventual demolition would at best maroon the old steel town — birthplace of both Stan Musial and the Ken Griffeys, junior and senior — and at worst finish it off.
He needed a steady voice to read the prepared script and its gritty tale of persistence.
I guess James Earl Jones was busy.
I recall it took us about 30 minutes. It would have been less, but we had to restart every time I’d either burp, fart or stop mid-sentence to ask him the proper pronunciation of words like “halupki.”
I played it for my girls and they frantically peeled away after about one minute.
I think the idea of hearing my voice used for serious documentary work was disorienting to them.
They’re more accustomed to hearing me say things like, “Can someone bring me another beer?” and, “Sorry! That was me,” whenever anyone asks who finished the toilet paper and didn’t have the courtesy to snag a new roll.
What’s impressive to me is all but one of the other six nominees are highly credential teams involving multiple editors/producers/directors etc. That’s a lot of teamwork brainpower, not to mention overlapping salary.
Brian is listed as director/photographer/producer/editor.
His singular honor is bound to be bad news for the other nominees.
From what I know about corporate America, there’s some beancounter saying, “How come this one guy got a nomination for doing the same thing it took six of you assholes?”
Of course, I’m not actually part of the award nominee.
Doesn’t bother me a bit.
Not being mentioned at all means it was a job well done.
I’m sure there were other entries who were discarded because producers used a nerve-rattling voice that sounded like the Aflac duck for narration.
It'd be great if this new feather in my cap led to a lucrative sideline that would allow me to cut back on my other office activities, namely juggling and shooting waste paper basket hoops.
I’m learning the only thing easier than typing is talking.
Either way, I promise I’ll continue to compose the posts here about my daily doings.
You can help by spreading the word anytime you think it’s worthy.
In short, ask not what this blog can do for you, but what you can do for this blog.
Or something like that.

YouTube “Use All The Crayons!” FAQs
Who’s who in my new YouTube promo extravaganza
Saturday was my most humiliating book signing ever
Random thoughts on Ferguson, race & Three Dog Night
Ukuleles, YouTube exposure and what Jim Krenn has to do with it

Thanks, Jim. Great to hear from you!