Ranting to strangers about misnaming things 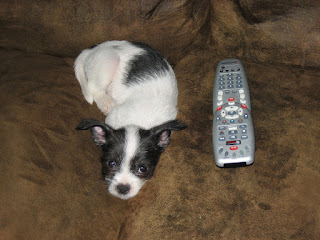 We were amidst a tedium so pervasive the only things with even a remote chance of vanquishing it were either a joint or a bottle of Jack Daniels.
But those sensible solutions would have caused more trouble than they were worth.
Even I understand no matter how boring the situation, you can’t just whip out a joint in a public school amidst a bunch of impressionable middle schoolers.
School starts Monday and me and about 10 other parents and about as many children were in the hallway outside the high school tech office waiting for student laptops to be passcode adjusted for the coming year.
I was bored out of my mind. I can’t stand any fidget instigating environment.
Remember, I’m the guy who when our 9 year old texted me she was bored at grandpa’s immediately texted back the solution: “Set something or someone on fire.”
My escalating boredom was making Josie, 14, nervous.
She knows I consider it my life’s mission to banish boredom wherever I find it, so we were at that moment a combustible twosome.
I needed something — anything — that would let allow me the opportunity to start a conversation.
I turned my head and, boom, there it was right in front of my nose.
It was an improperly named painting!
Improperly naming anything is a real pet peeve of mine.
In this case it was an otherwise lovely rear perspective of a young lad in a blue ball cap with his arm around a golden retriever.
This isn’t student art. Local philanthropists have for years collected and donated beautiful works of art to hang in the halls throughout the school.
But I was stunned when my eyes drifted to the ID plaque. This heartwarming painting was called “A Dark Secret.”
It was as if the artist wanted me to turn the painting over to see if the other side was a picture of a young Jerry Sandusky.
“Geez, will you look at this,” I said. “The artist ruined this fine painting by calling it ‘A Dark Secret.’ It’s disgraceful. Who in their right mind would take something so sweet and tarnish it with sinister overtones?”
I said this in my anchorman voice, not to be confused with my anchor baby voice which I use anytime I want to get a rise out of the Trump supporters.
I was offering a topic for general discussion. I was engaging fellow parents in the hopes we could talk about something communal — like talk radio without the radio.
Of course, no one dared speak up or even make eye contact. I’d broken the unspoken covenant about everyone doing their best to never speak to one another.
The only obvious reaction that anyone had even heard me speak came from Josie. She looked like she was trying to become Randall from the “Monsters Inc.” movies. Randall’s the chameleon with the ability to achieve pure invisibility by disappearing into any background.
I wasn’t about to let being ignored hamper me.
I now had a topic and I was going to run with it.
“Given our civic bent toward corporate sponsorship,” I intoned, “I guess we should be grateful the painting isn’t called, ‘A Boy and a Dog named Geico.’”
No reaction.
I said I don’t know how the artist could paint a picture of a boy and his dog and not call it something like, “A Boy and His Dog.”
It was disappointing, too, because the dog was a ringer for our Golden Retriever, the big dunce Casey. Casey’d been with us from 1992-’07.
Casey had no dark secrets. He was very open about his single-minded devotion to mooching food and shoving his nose deep in your crotch. He was utterly without guile.
What dark secret, I asked, could this dog have held?
None of the parents wanted to confront it.
I told them we had a dog named Snickers and how I hate Snickers because having Snickers in the house is like having a squirrel that barks. I posted a picture of him on Facebook and a friend said Snickers put a smile on her face.
I said, yes, he’ll put a smile on your face and urine on your shoe.
And I kept talking.
I wonder if the dark secret among the other parents was that they were secretly glad they had a guy like me around because they, too, had been bored and they enjoyed my soliloquy about dogs and misnamed paintings.
Alas, we’ll never know.
The computer codings were eventually bestowed and we were allowed to depart.
I bid the still, silent throng adieu and allowed my red-faced daughter to hustle me out the door.
The boredom had been banished. A tedious time had been rendered less so — for me, at least — by unwitting exposure to a pet peeve.
And I vow I’m going to name my next pet Peeve, so I can honestly say, “Here comes my pet Peeve.”
Maybe that’ll get a rise out of them.

Related . . .
Daughter, 7, says Bible says I have to love our stupid dog
Santorum’s right: Man marrying dog in Wisconsin!
Casey, our bum sniffing dog
A night with all the groan-ups
Blaming a conservative for nearly killing our dog

Email ThisBlogThis!Share to TwitterShare to FacebookShare to Pinterest
Labels: art, boy and his dog, dogs, painting