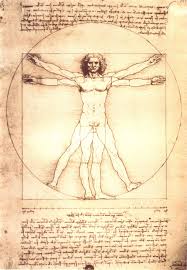 I always feel as summer winds down an odd kinship with Oskar Schindler.
Remember him?
He was the German industrialist who cleverly — and at grave risk to his own life — saved more than 1,200 doomed Jews from the Holocaust.
The connection seems pretty thin, I admit.
He did so much and was justifiably memorialized in what you could argue was Stephen Spielberg’s finest film, “Schindler’s List,” from 1993.
It feels like I have done nothing.
And that’s where Schindler and I become one.
To me, the most indelible part of the movie is the end when Schindler falls to pieces in the devastating belief he’d not done enough.
He looks disdainfully at a gold ring and says it could have saved another life. His fancy watch disgusts him; it could have saved a family. He is revolted by the Mercedes-Benz in the driveway.
How many more souls could that have saved?
It’s because of Schindler I always feel anyone who dies satisfied dies having not done enough.
To bust that analogy clear down to atomic levels, I believe I wasted an entire summer.
I did not do enough.
I feel this way, of course, in particular with the kids. They’re 14 and 9.
They won’t be that ever again.
I’ve scoffed at maudlin friends who say they suffer from empty nest syndrome.
I tell them I look forward to a day when I can watch what I want, eat what I want, and do it all wearing shabbily comfortable clothes that would cause my loved ones to roll their eyes in fashionable distress.
But when summer days begin to dwindle and we’re fully geared up to start school as we will on Monday, I become wistful for lost time.
I wasted so much of it.
Did I devote enough hours to the needs of our children? Did I by being their daddy do anything to enrich their lives or their memories of this summer?
I feel like a failure.
It’s not like I was working all the time.
As you may have heard — and I’m sure you did, it’s what this blog is all about — I don’t work.
Unlike most of the rest of the civilized world, I am untethered by occupational concerns.
I try and keep busy. I have a bunch of events booked for the fall and am anticipating a fruitful time.
But I have nothing to show for the summer.
A guy like me with so much free time on his hands should be fluent in French, Spanish, Mandarin, Latin and those made-up languages you hear on the floors of the Star Trek conventions.
Instead, I’m fluent in “Seinfeld” catchphrases.
With all the time I have on my hands, I should be a scratch golfer, a skilled ice carver or a baseball fantasy league savant.
I should be a volunteer fire fighter or do busy work at some senior center, a place full of dear people who ache all day to see just one friendly face.
I wasted my summer.
Have I wasted my life?
I sometimes feel I have offended God and mankind by doing so little with my life.
That’s not me.
That line is a paraphrase of what are purported to be the last words of Leonardo da Vinci (1452-1519).
Maybe the most insightful man in human history died convinced he was a failure.
Yeah, just what did he do?
Oh, yeah, he painted the Mona Lisa, conceptualized the first flying machines, armored fighting vehicles, contributed to ground-breaking innovations in surgery, manufacturing and is remembered as maybe the most brilliant human being who ever lived.
I wonder if his office was above a friendly tavern.
I guess what I’m tying to say is if these two giants died feeling like failures, it’s okay if sometimes you and I do, too.
Every now and then we’re all going to feel like monumental failures.
At least we all have monumental company.

Related . . .
Daughter, 4, thinks Dad works too much
Marching on Gettysburg with daughter, 12
My career advice: Don’t be like me!
Vacation recycling near impossible
Hollywood’s best year ever? 1993
I am becoming left handed