Sunday re-run: It was a very zombie Thanksgiving 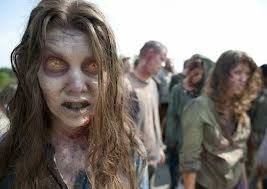