Hooray! It's time for February Tweets of the Month 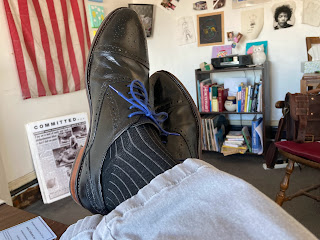 • Anytime I hear someone in charge say it's time to "re-think" a misguided decision, I automatically assume zero actual thought went into the original decision.

• Being a scholarly rabbit must be one of nature's most frustrating circumstances. Even your very best ideas are dismissed as hare-brained.

• Nutritionists ought to have a term for the unnecessary fats we foolishly add to our diets when we kill off the last slice of pizza so we can’t eat it later and the term ought to be “kamikaze calories.”

• Peter Dinklage is a terrific actor and I've heard him speak movingly about the challenges prejudices adults of his stature must endure. It is wrong for me to say I empathize yet still wonder if he gets upset when a prominent director calls and says he's on their short list.

• Reuters scare headline: "White House warns Russia could hit chip industry." Now, I normally stay out of current affairs, but this is one threat I cannot ignore. This is my open letter to Putin from me : You can close our embassies, embargo our trade, but if you think you can get the U.S. of A. to back down by signaling your intent to menace our bowls of Lay's, Pringles, Utz, etc. -- you're right! Uncle! Uncle! We'd rather you mess with our computers than our chips. At least wait until halftime is over …

• The time management experts may argue the point, but killing two birds with one stone must be considered an act of fowl play.

• We live in a time many prepper parents teach kids how to kill, and how to look out for #1 for when the world goes to Hell. They fail to realize that if it wasn’t for parents teaching children to love, share, be kind, and work together Hell would already be here.

• Calling any film about statues a motion picture is blatant fraud.

• From my purely second-hand knowledge of the tawdry endeavor, the originator of the term “one-night stand” must have had a very unsatisfying experience. A really good one-night stand should involve very little standing. And it should include brunch and most restaurants don’t start brunch ’til 10 a.m. so toss the one-night part, too.

• The war isn't even a day old and my naiveté has already emerged. The first big headline of the war is, "Russians Take Chernobyl After Fierce Fight." They're fighting over Chernobyl? It's the most radioactive place on the planet. It's like Columbus and Cincinnati fighting over Dayton. Why bother?

• It must be challenging being married to a periscope. Nothing but mood swings. It's either up or it's down.

• I turn 59 today. I think it's time to begin lying about my age. Not to seem younger. No, I'm thinking of telling people I'm 76. That way people will marvel how great I look for my age, that retirement agrees with me & how never seeing me work the last 15 yrs now somehow makes sense.

• In honor of the preposterous NFL Super Bowl custom, it's once again time to share our  phone numbers in Roman numerals. Mine’s DCCXXIV CMLXI MMDLVIII. Call me!

• If I ever have any success, I'm convinced it'll be because I enjoy strong grassroots support. Yet I can't help but wonder how much of my grassroots support comes from people who connect supporting me to supporting a guy who has a principled reluctance to ever mowing his lawn.

• The only thing that could make curling more oddly compelling is if were contested on a deep lake atop thin ice.

• It may never come up but if it one day does, I'm sure you'll be grateful: The plural of yeti is yeti, although yetis is acceptable.

• I once strenuously exercised in pursuit of what are known as "six-pack abs." Years later, here I am with a nice, round, beer belly I'm comfortable calling "my keg abs." I guess I realized I've never been anywhere where the dude who brings a six-pack is more  popular than the man who brings the keg.

• We just spent $10 billion to send the James Webb telescope 1 million miles away from Earth so it could see the stars. I realize that the observation will risk me being labeled a near-sighted old fogey but, consarnit, I can remember when I could see the stars from my back porch. #lightpollution

Posted by Chris Rodell at 9:19 AM No comments:

Today I mansplain the unheralded virtues of mansplaining 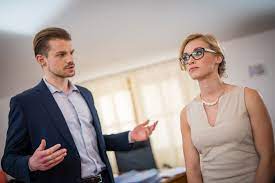 Note: The story you are about to read is mostly true. The names have been changed to protect my sorry ass.

It was about ten years ago. I was driving our lily white daughters and some of their little friends to Pittsburgh for a day at the museums.

One of their friends was what my father called “an ethnic.” I incarcerate the term in quotes because I’m fairly certain calling anyone “an ethnic” in this polyethnic nation is now somehow offensive.

I’m reluctant to identify her ethnicity because I’m no longer sure which is the polite name and which is the racist one. Anymore, it’s all about semantics, not to be confused with Semitics which is — oy, vey! — a whole other kettle of Gefelte fish.

I will share this: Her name was Ling Chiang.

She and her family had just moved here from far, far away, which, as I understood things, meant it was up to me to represent my country and extend her a warm welcome.

“I think you’re going to really like it here,” I said. I went on to say — and I’m summarizing here — that America is The Land of Opportunity, our history is crowded with a noble benchmarks, and here is where stirring vistas beckon from sea to shining sea.

I asked if she had any questions. She did.

“Are you always this sarcastic?”

Hers was a typical reaction from strangers who are unaccustomed to my unabashed authenticity.

I was trying to be nice, compatible — to put an unfamiliar at ease.

Back then it was considered condescending. Today, they call it mansplaining.

Well, excuse me if I come across as condescending but let me lay a little mansplainin’ on you.

We’re at risk of confusing being kind with being patronizing.

This occurred to me the other night when our daughter — call her Ivanka — was involved in a minor traffic accident.

It happened in the drive-thru lane at Wendy’s. I don’t know what the speed limit is there, but I’ve never seen any one go faster than 2.

Apparently, the guy behind her — name was Burt Reynolds — got the heel of his cowboy boot momentarily stuck between the floor mat and the accelerator. And BOOM!

I mean, and boom!

Remember: It was the Wendy’s drive-thru.

After impact, the drivers got out to assess the consequences (if I’m third in that line and hankering for a Frostee, this is when I  start laying on the horn).

My daughter said, right away, the guy starts with the mansplaining.

“He said, ‘Well you know, bumpers are made for bumping,’ and on and on like that,” she said.

Now, here’s where I put myself in her shoes — they’d fit, too. I have the dainty tootsies of a magical pixie. First of all, I’m overjoyed that after he runs into me — clearly his fault — he doesn’t come up blazing.

I’m always relieved when any accidental interaction between me and my fellow man doesn’t end with them shooting at me.

One day in the near-future, I’m fairly certain my response to  the standard “And how was your day?” question will be, “Well, I didn’t have to duck any bullets, so it was pretty good.”

My next reaction is one of immense gratitude that the driver is not high or in some other altered state. Drunks and drug addicts can add elements of scary unpredictability to already stressful situations.

Someone on meth may get out of the car and start petting the hood and feeding it french fries as if the car were a horse.

But, no, he’s just a guy who finds himself in an unwelcome situation who did nothing to escalate the tension but, instead, resorted to some beleaguered mansplaining to get through the awkwardness.

He was condescending — and I applaud him for it.

See, to be condescending used to be a virtue. Its original meaning was “to make gracious allowance for human frailty.”

It wasn’t about talking down. It was about lifting up.

Either way, I think we shouldn’t react with hostility when any man in these fraught times responds to a difficult situation, not with bluster or threats, but with civility and moderation.

We should encourage it.

Posted by Chris Rodell at 8:38 AM No comments: