My unending failures to get Pittsburgh a Gene Kelly statue 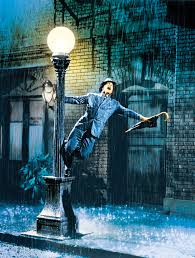 There was a homeless guy playing a battered old saxophone smack dab in the middle of Pittsburgh’s Market Square Wednesday when I strolled through.
And I’m making the stereotypical assumption he was homeless. He may just have been an eccentric who likes to dress in shabby clothes to bum money.
No matter. I tossed two bills into his case and shambled on wondering about whether it’d be a good career move for me to learn to play a beat-up old saxophone in the desolate center of one of Pittsburgh’s most iconic locations.
How hard could it be to learn the theme from “The Odd Couple?” And I wouldn’t have to spend so much money on fancy clothes.
The only thing that’s holding me back is my concern that playing the saxophone might be even harder on the fingers than typing and I don’t want to wind up in the emergency room.
Of course, the real question is what the hell is a guy who appears to be homeless doing in the center of one of Pittsburgh’s most premier pieces of real estate when by now there ought to be a spectacular statue of Gene Kelly “Singin’ in the Rain.”
Sunday will mark what would have been Kelly’s 103rd birthday.
This is the fourth consecutive year I’ve in vain lobbied for a Kelly statue in Market Square.
But this is only the first year I’m doing so with access to the ears of an important man who can make this happen.
And, oh, how I wish by that I meant Donald Trump
I daily become more convinced that with Trump as president he’ll make wondrous things happen the way Samantha did when she wiggled her spell-casting nose on “Bewitched.”
Alas, I’m not talking about the dealmaker.
I’m talking about Allegheny County executive Rich Fitzgerald.
I met with him in June at a Pittsburgh function involving city tourism.
I spoke for about two uninterrupted minutes, a virtual facetime eternity with the man who is arguably the most important decision maker in western Pennsylvania.
Here is an idealized version of what I said:
“Look, big shot, you’re helping run one of the world’s most beautiful cities. Scores of prestigious publications are near daily listing Pittsburgh on best-of lists. But you’re failing your constituents by leaving the center of Market Square free of eye-catching art.
“You ought to convince city officials to erect a Gene Kelly “Singing in the Rain” statue in Market Square. That guy and that movie are international superstars beloved around the world. Plus, the symbolism is perfectly Pittsburgh. This city is now in sunshine, but singing in the rain is our bones. Pittsburgh doesn’t quit.”
I boldly went on citing the actual dollar value of pop culture statues around the country and finished with an impassioned plea for him to seize this common sense issue for the betterment of the city we both love.
Know what Fitzgerald did?
He pulled up his zipper, turned to me and said, “How about letting a guy finish taking a piss before you bother him, ya jagoff?”
Actually, it didn’t happen that way at all. I just said it did because I think the idea of me pestering an important public official while he — or she! — is taking a leak is funny.
What actually happened was he was stuffing his face by the dessert table.
I said a more polite version of what’s written above. He nodded, mumbled something about it being a good idea and worthy of consideration.
Then he fled to seek wonky sanctuary amidst his hovering flock of sycophantic toadies.
But he knows I’m right. It’s an obvious winner.
I’ve heard the Kelly’s third wife, (they were married from 1990 until his death in ’96), is opposed and that she may be seeking money before granting her approval.
Well, with all due deference to the widow Kelly, city officials ought to tie the old babe up and and stuff her in some closet.
There is no logical reason for opposing this tribute.
A Gene Kelly “Singin’ in the Rain” statue is an idea whose time has come.
All it needs is a can-do visionary who won’t take no for an answer.
I’d talk to Trump, but I fear the result would be a statue of Trump.
Do something today to help make it happen!
Many metal statues start out with grass roots.