Seeking a flame in a world that's on fire 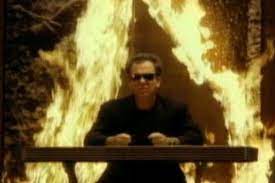 The stranger had an air of desperation about him. He fidgeted. He was agitated. He couldn’t find a match.

We were in the clubhouse of a local golf course. It was getting late on a Saturday afternoon. The place was clearing out.

He looked about 50, trim, well-dressed, appeared prosperous. You’d think a guy like that could find a good match.

Twenty minutes later he asked again: Did I know where he could find a match? Like I knew 20 minutes ago and was just being coy.

“Well, I’m married,” I said, “but the girl cleaning up at the snack bar has a nice smile and I think she’s single. She might make a good match.”

“Funny guy,” he sneered and stormed off, a frustrated smoker in search of the kind of match that is becoming more elusive than an honest soul mate.

I couldn’t remember ever seeing a smoker unable to find a match. Clearly, he wasn’t a “Survivor” fan. If I was as desperate as him, I’d have gone out to 18th green and started rubbing shafts from two bunker rakes together.

We live in an age where if Jim Morrison sang,”C’mon, Baby Light My Fire,” he’d better hope she has a trusty Zippo in her purse.

Matches used to be vacation keepsakes from our travels. We keep them in a small Hershey Hotel tin that was once full of, duh, Hershey kisses. I looked through it this morning, a sulphur-tipped trip down Memory Lane.

There was Boudreaux’s in San Antonio, Le Mont on Mt. Washington, The Breakers in Palm Beach, The Hotel at Lake Louise in the Canadian Rockies. We  consider the one from Windows on the World from the World Trade Center a sacred relic.

Now, I can’t remember being in a restaurant that had signature matchbooks, also handy for writing the phone numbers of illicit lovers.  Of course that was before killjoy smart phones did everything but set fires.

Ironically, the disappearance of this bar/restaurant staple burns me up.

While the match industry is being extinguished, the match ‘em up kind is en fuego.

Besides match.com, there are internet match makers for divorcees, over 50s, seniors, train buffs, bird watchers — you name it. There are so many concerns devoted to coupling singles it’s surprising anyone anywhere feels compelled to self-pleasure.

More irony: During this time when so many agents are devoted to bringing together people from around the world, the world itself seems to be coming apart.

We’re even bedeviled by ….

“Trouble in the Suez!”

No, we didn’t start the fire, but do you place all the blame on the arsonist or do you save some for those of us standing on the edge toasting marshmallows and singing campfire songs?

I fear we’re becoming like the frustrated smoker, desperately seeking a a little light in world that’s on fire.

And I fear if we can’t find compatibility with one another it’ll all be over.

Posted by Chris Rodell at 9:01 AM No comments: