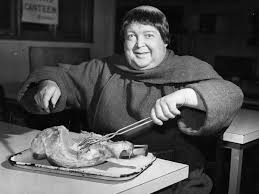 My $295 on-line subscription to the Oxford English Dictionary is maybe my favorite indulgence. I revel in word origins, obscure definitions and saucy quotes from heroes like Twain, Churchill and Dorothy Parker.
And I love having the OED’s word of the day zipped straight to my in-box.
It is through that feature I’ve stumbled upon words like cwtch, honeyfuggle, ballyhooly and rumgumption. I click save and vow to maneuver these lexicogical delights into my daily conversation.
Alas, my noble intentions exceed my acuity.
Because the very moment after I’ve read the definitions is the very moment I begin to forget them. Gone. Just like that.
What the heck is a honeyfuggle? (it’s a deception).
Does rumgumption involve an innate fearlessness about ordering rum? (no, it means shrewdness).
It’s probably for the best. Nobody likes a smarty pants.
And who knows what would happen if I told the old neighbor lady she has a nice, tidy cwtch and she is unaware the Old English word referred a cubbyhole and is more familiar with the word’s more pornographic derivations.
Why, she’d beat the holy ballyhooly (Hell, derived from the raucous Irish village of the same name) out of me.
That’s why I was delighted yesterday when the word of the day was one I’ll never forget.
The only problem is finding an appropriate opportunity to deploy it.
The word is “abbey-lubber.”
It is from 1528 and is defined as a “derogatory term for a monk living in idleness and self-indulgence.”
I guess I never heard the word before because it’s been surpassed by a more modern derivative.
Blogger!
I’ve, of course, heard of landlubbers, a salty sailor’s contemptuous word for those who dwell on terra firma. You’d think there’d have to be ocean lubbers, too, or maybe they disappeared in 1966 when “McHale’s Navy” sunk.
It wasn’t until I saw abbey-lubber that I realized lubber was so limber.
It turns out lubber describes any big clumsy, stupid fellow who wallows in idleness.
So there can be bar-lubbers, office-lubbers, toll booth-lubbers. In fact, there’s lubbers everywhere you look.
I just never thought they’d be in our abbeys, too.
Monk seems a rather sedentary calling. My understanding of abbey life, shallow as it is, leads me to believe it is mostly free of frenzy.
I don’t think they even allow ping pong.
So how do you differentiate an abbey-lubber from an industrious monk. Does one have an anatomical six pack, the other a hops-based one?
I guess the most famous monk is Friar Tuck, the jovial companion of Robin Hood. He is depicted as having a mere halo of hair and always with a prosperous gut — more abbey-blubber than abbey-lubber.
That means the second most famous monk, to me, would be “Monk.”
The Tony Shalhoub show ran on USA Network from 2002-2009 and featured Shalhoub playing eccentric detective Adrian Monk.
I remember Val and I enjoying the show, but not so much we’d devote any of our TV-lubbing to repeated viewing.
So I may never encounter a true abbey-lubber, but you can bet you’re going to see me applying lubber any time I see it lazily rearing its sleepy bed head.
Because true lubbers aren’t don’t just reside in our monastic abbeys.
They’re in our bowling alleys, our taverns and strolling through our shopping malls.
And in just two weeks they’ll be plunked in front of our nation’s TVs enjoying the kickoff of the 2015 NFL season.
Are you ready for some lubbing?
I say don’t shun our national urge to lub. I say embrace it.
Start this weekend by doing absolute nothing. Summer’s almost over. Enjoy a picnic. Watch some baseball. Lay on your back in the grass and stare up at the clouds.
There’s a little bit of lubber in all of us.
This is America.
Lub it or leave it.