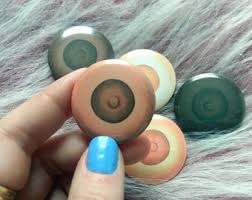 Posted by Chris Rodell at 8:13 AM No comments:

Repeating myself over and over and ... People say I repeat myself when I’m drunk.

People say I repeat myself when I’m drunk.

If you read this blog, live with me or have spent any time in a bar with me then you probably have.

I’m fond of saying it. If I’ve consumed a couple of straight up Wild Turkeys — and talk about your evening redundancies — I’ll usually start to crack myself up and begin laughing like I’m being tickled by a giant invisible feather.

More and more, I’m the only one who’s laughing.

The increasingly common reactions to my jokes are eye rolls so extravagant it seems like I’m looking at a casino poker machine that is stuck on spin. This reaction from the family, I get. I’m not at all funny to them.

But getting eye rolls from bar folk? It’s a disturbing development.

“I enjoy hanging with drunks ‘cuz you can tell same joke same way five times in one night and it’s always hilarious. Not so w/sober wife.”

I came up with this line in, oh, 2016, and have probably said or typed it close to 500 times. It’s funny because it’s true. Drunk guys will laugh at the same line dozens of times. It never gets old.

It’s why I can walk into any bar full of guys and say, “Who own the Chiefs?” and be hailed as a friend. More over, I’ll unite the whole bar because every real guy knows to respond, “Owns! Owns!”

Every guy knows it. And every drunk guy thinks it’s so funny he will laugh at its recitation all night long.

I wonder if I’m spending too much time around sober folk.

I’ve always counted on a certain level of listener inebriation to ensure my popularity.

But I noticed some eyes tumble weeding over the weekend from people who’d already heard my go-tos.

Some of this was unavoidable. I spoke Friday to about 70 members of the Golf Heritage Society. They were in town for their national convention.

Many of the members heard me speak on an August Zoom call. I tried to change things up a bit when I spoke Friday afternoon, but the talks were similar, for sure. First of all, I’m not going to sit on good line on the chance someone’s already heard it.

The Stones performed in Pittsburgh last night. What are the chances Keith said to Mick, “Let’s not play ‘Satisfaction’ tonight. We played it here last time.”

And the talk went great. Spoke for an hour and then spent the next half hour greeting smiling strangers who stood in line to hand me $20 bills and say they thought I was great.

Boy, have I missed that!

But as I was making chit chat while simultaneously trying to write something witty in each book, a man said I was lucky to have been friends with Mr. Palmer.

Out of respect for his true friends, I always demur by saying, “It was more like I was lucky to be in his orbit. But for perspective, it was like I was Pluto … and some experts argue whether Pluto’s even a planet.”

He said, “And that’s the third time I’ve heard that.”

Is it wrong to serve leftovers when seeking to make a good first impression?

I sure hope not. Still, I vow to continue to strive for pure originality.

Because some people are starting to say I repeat myself when I’m sober.

Because some people are starting to say I repeat myself when I’m sober.

Posted by Chris Rodell at 8:20 AM No comments: