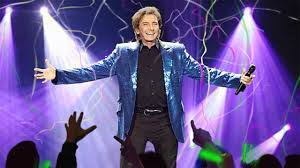 I once took a Mexican girl who barely spoke any English to see U2, an Irish band, in the Dixie town of Nashville.

And while U2 was a multi-cultural affair, the previous one was anything but. In fact, I remember it as the whitest night of my entire life.

Manilow was here again on Friday for a well-reviewed show that the Pittsburgh Post-Gazette called “an escape into some kind of soft pop time warp.”

There were many, many other male couples there that night, but I’ll bet out of the 17,532 Pittsburgh Fanilows, we were the only father/son duo.

If my date that night had been anyone other than my own Dad, I’ll bet I’d have gotten laid.


For Boss fans only: A Springsteen career retrospective
Posted by Chris Rodell at 7:45 AM