What you need to do to earn blog name mention 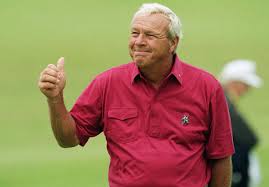 I’m observing a new phenomenon that leads me to believe the blog is either succeeding or that reader perspectives have lurched into realms of the absurd.
Lots of people want me to mention their names in the blog.
They tell me they think that would be cool.
By this, I must infer they mean it would make them cool.
They are mistaken.
I know this because my blog everyday mentions my name and after nearly 1,500 posts over 7 years there is zero evidence it has made me more cool.
Worse, there’s plenty of evidence it has earned me zero of the commodity that might make me more cool.
That’d be more money.
Of course, I’m flattered people think this and would therefore love to accommodate them.
But that would change the character of the blog. Most readers are savvy enough to know when they’re being bludgeoned with product placement.
So, say, if I wrote, “I happened to be getting shitfaced with Stephen Hawking the other day and he told me a brilliant theory about how to lower my cable bill and still get local sports.”
The gratuitous mention would interrupt the flow of the story. And, plus, everyone would recognize the lie. Most of you know by now I stopped drinking with Hawking in 2009 after we got into a bitter dispute over the irreconcilable conflict between religion and science.
And he spilled beer on my lap (I believe it was deliberate).
It would be a disservice to readers just to drop in a line like, “My friend Tammy is nice!”
Worse, I’m sure it would lead to a punishing round of questions from my wife who would be eager to know more about Tammy and what she did that made me feel she’s nice.
So it’s best just to avoid mentions altogether.
I reserve the right to make exceptions whenever it’s any of the boys at the bars or Arnold Palmer. Most people are interested in reading about our interactions and — unlike that pushy klutz Hawking — Palmer and my views about the irreconcilable conflict between religion and science are mostly simpatico.
I have decided I will make exceptions when I choose for any arbitrary reason.
One is the request has to come from an insane blog devotee. They have to do things like stop reading the blog cold turkey for three months straight.
I had a friend do this and at first I was hurt. Why quit reading?
“I like to store them up and just binge read for two weeks straight while I’m in an Illinois tree stand hunting deer,” he said.
That’s truly devoted readership.
Another exception will be without exception anyone involved in “Make-A-Wish.”
I’m a real softie when it comes to that cause.
So if an organizational rep calls me and says, “We have a little girl who’s in real trouble. We offered her a trip to Disney World, but she said all she wants is to be mentioned in www.EightDaysToAmish.com.”
I’d say yes almost right away — after first forcing the charity to in exchange send MY daughters to Disney.
Learned it from Trump!
But I want to mention a name today because I got an alarming text from a lunatic reader, the kind of guy who’d spend frigid days in a tree stand reading my blog.
Well, it is that guy.
Still young and vigorous, a father of two daughters, he was suddenly stricken by a mini-stroke that caused him to lose vision. A battery of emergency tests left doctors thinking he might have MS.
He does not and his vision with treatment may be restored in six months.
The doctors say it may be stress related.
He just loves my blog — says it relieves stress — and I’m hoping he doesn’t say the doctors prescribe I double my blog output.
You have, I’m sure, someone like that in your life, someone dealing with an unexpected and scary challenge.
Please be sure to say a prayer for them and their loved ones.
And please include a mention for Dave Angus.