Tweets of the (last 2) months 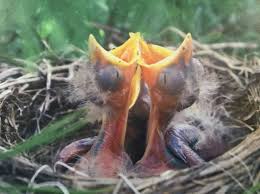 • Close your eyes and turn the mirror into your friend. Too many people, women especially, stare into the mirror and do nothing but catalogue flaws. Try this: when you're done tidying up, spend the last 15 seconds staring into the mirror -- with your eyes closed. Imagine you're seeing yourself through the eyes of all your best friends. Instead of noting microscopic flaws you'll begin your day with thoughts of all it is about you that people love best.

• It’s not uncommon in a stale marriage for a spouse to contend he/she has his/her partner's back while wanting nothing to do with his/her front.

• I can't believe I'll -- knock on wood! -- be 58 next month and I still haven't sucked face with Madonna. And don't get me started on Betty White …

• World will be a better place when all those scheming to find the means to an end instead work on finding an end to the means.

• I hate to say so, but every day this year something awful has happened to  make me nostalgic for simpler, less complicated times. The good ol’ days. You know ... 2020!

• Can it still be a get-rich-quick scheme if I've been working on it since 1992 and have been flat broke the whole time?

• ”Frostalgia" is the glazed half smile that freezes your friend's face whenever you try and show them treasured family photos from your last vacation and out of politeness they feel compelled to act like they care.

• I’m fully on board with masks, social distancing and strategic isolation, but admit to being fearful that me and tens of million Americans are beginning to feel a kinship with the caretaker of the Overlook Hotel.

• Next time you have occasion to heartily sing "God Bless America" which groups will you in your mind parenthetically ask God to exclude? White bigots? Welfare moms? Pro-Trumpers? Immigrants? Former FB friends you can no longer stand for political reasons? 'cause we're all in there.

• Because I enjoy seeing the fundamentalists get all excited, I hope I live to see the day when America has a First Lady named Eve.

• Some nights I lay awake because I'm troubled over global injustice. Some nights personal challenges seem daunting & some nights I toss and turn fretting about a future over which I have no control. Tonight promises to be sleepless 'cause I can't fathom why nasal is not nosel.

• We live in an age when people who are most insistent about speaking their mind reveal how little mind they have mostly every time they speak. I wish they would mind their own business, but fear the same formula would apply.

• Woke up to sheets of ice on a bed of snow. My fear is obviously I'll tonight put my head down onto a pillow of slush.

• I wonder how many people have died choking on a Life Saver furiously aware of the irony.

• It’s been said our character is the sum character of the five people with whom we most associate. If that's so, then I'm about 60 percent upstanding citizen and 40 percent pure sleazeball.

• News reports say man suffering from gunshot to the knee in "stable condition." Not if he tries to stand up!

• Until shoes come with individual toe sleeves, you'll never hear the phrase, "Shoes that fit like gloves." Really, if we were at all precise about language we'd call shoes foot mittens.

• I’ve been counseled that coming straight out and asking readers for money never works. You know what I've learned through experience also never works? Sitting here quietly and never asking for money.

• The admission belittles all my pretensions of superior intellect, but I still wake up some mornings wondering if this'll be the day when, for the good of the kids, Jon & Kate reunite.

• If you could literally "laugh your ass off," boy, that's one fitness craze jokers could really get behind.

• I’m writing a book on eternity. It's taking me forever.

•Any person who obsessively disinfects the same clean surface over and over is a wipe-o-chondriac.

• How come sportswriters insist on referring to the vast parts of our arenas and stadium where everybody sits as the stands?

• The doctor walked into the examination room and said, “Chris, how do you feel?' I said, “Doc, I just use my hands."

• I wonder how in heaven they deal with the whole smoking/non-smoking thing.

Posted by Chris Rodell at 6:04 AM No comments: 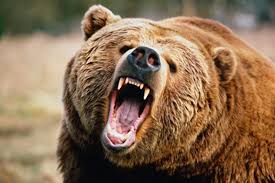 Posted by Chris Rodell at 4:02 PM No comments: