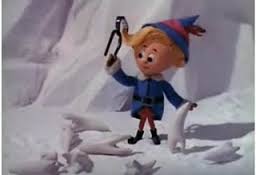 So many questions in the wake of the murder of Cecil the Lion: What’s a fitting punishment? Will the U.S. extradite? Does Walter Palmer have a soul?

Mine is more down-to-earth.

Just how much does a Minnesota filling cost?

It must be exorbitant. How else could Palmer, 55, afford to jet around the world killing endangered beasts that make the rest of us go, “Ahhhh …”

Did he consider that a bargain? Did he have to raise his prices? Did he concoct fake diagnoses to gin up profits?

“I’m sorry, Mrs. Smith. Those molars have to come out. We can take care of that right now. It’ll just cost you $2,500. Will that be Visa or MasterCard? Or do you happen to have a rare bongo antelope grazing in your backyard?”

I wonder just how understanding of a wife do you have to have to put a stuffed King of the Jungle’s head up above the fireplace.

My wife won’t even let me put a picture of me and the only King more regal than Cecil.

It’s dicey for me to be discuss dental fees because I have no idea.

The only time a dentist sees my teeth is when I sink a putt on a golf course.

Dentists have convinced generations of Americans we need to see them every six months. During those examinations, they hammer at the teeth and, I believe, degrade their essential integrity.

I sometimes think those three teeth mean more to her than her grandchildren, more certainly than her worthless sons.

I know a woman who told me she was very happy with her new dentist.

“Oh, he has a great practice,” she said. “He said things are going so well he’s planning on retiring at 55.”

I advised her to immediately find a less leisure-minded DDS.

“He’s going to find things wrong with your teeth, your gums, no other dentist would ever detect,” I said. “All under the shady guise of premium dental care.”

It happened exactly as I’d predicted. She was soon so swamped with dental appointments she began to suspect he was going to name his yacht after her.

My regular dental visits ended in 1984 shortly after I saw a tooth of mine go skittering across the bar room floor at the old Nickelodeon in Athens, Ohio. I’d been on the unfortunate end of some drunken horseplay, two words which, incidentally, describe my entire time at Ohio University.

The resulting root canal was so painful I vowed I’d not see another dentist until symptoms warranted. Instead, I would take fanatical care of my teeth.

And I did. Still do.

Nothing goes in my mouth that doesn’t result in me brushing and flossing within 30 minutes — and that includes things like ear lobes and other dainty parts of my darling wife.

My mother was so alarmed at my unconventional dental plan, she badgered me into seeing a dentist in about 2000. I submitted to a full dental examination.

He poked, he prodded. I spit, I slobbered.

After about 20 minutes, he said, “Well, whatever you’re doing, keep doing it. Your teeth are perfect. That’ll be $125. Pay the lady on your way out.”

I haven’t been back since. Really, I should go back soon, but I’m fearful the result will be similar to the unseemly gloating from last November when I wrote about going for my first physical in 18 years and hearing the doctor pronounce me in perfect health.

“You’re a miracle,” were her exact words.

But it’s one example that must be shared.

Sure, one day I might have a whopper of a comeuppance, but I’ll accept that knowing over the past 30 years I’ve saved a fortune and never had to worry about spending so much time in the loathsome company of someone like Dr. Palmer, now to me the world’s most famous dentist.

Third most famous is the guy from the gripping 1976 thriller “Marathon Man,” an overlooked classic (see first link).

In it, Sir Lawrence Olivier plays a wanted Nazi. But being a Nazi wasn’t evil enough for the producers so they assigned him the only title that could make it worse.

Yes, he played a Nazi dentist!

It says something about our current regard for endangered species that most folks today would prefer him to Palmer.

Second most famous is Hermey the Elf from the classic “Rudolph” Christmas special.

As we all know, all the poor guy wants is to be a dentist. Apparently the elf retirement plans just weren’t swanky enough.

Everybody remembers and loves Hermey, but what most forget is that he is seen committing a grave but all too common ethical infraction: he removes the healthy teeth of The Bumble for no clear medical reason.

It’s barbaric. What did the poor Bumble ever do to deserve that?

The only thing that makes him No. 2 behind Palmer on my list is at least Hermey didn’t sever The Bumble’s head and hang it on a workshop wall in Santa’s castle.

“Is it safe? A tortured debate (with Kyle A. mentions!)”