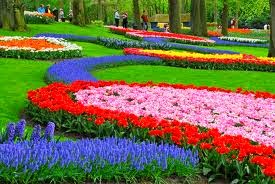 My November and December tweets of the month featured more than 65 items each. For eight weeks, I was on fire. Alas, the fire has extinguished. This month’s 8days2amish haul is just 24 and, really, they’re not that great.

I tried to weed out the really crappy ones and most of these are decent. Still, when I have a down month like this I always buoy my mood by reminding myself that no one really cares.

• It must infuriate true banjo virtuosos that to the public the world's greatest banjo performers are Steve Martin and Kermit The Frog.

• 138 years ago today, A.G. Bell was issued patent for first phone. Tell friends and speculate how they'd have sounded had he been named Horn.

• Many of us have love/hate relationships with our smart phones. We love having them, but hate knowing that you’re allowed to have one, too.

• Call me reactionary, but I have to figure they use one hell of a lot of hand sanitizer in a place called Germany.

• This is about the time of year when I always begin wondering why we have an Easter Bunny instead of an Easter Chicken.

• I’m so cheap I wish Latrobe had a Dutch restaurant so I could invite my wife to dinner and say, "Let's go Dutch!" and get out of paying.

• I’m so cheap my idea of taking my wife to a fancy restaurant is a place that does NOT have the robber-height tape on all the door frames.

• Made the bone-headed mistake of telling 7 year old my new garment is called a “Pea Coat.” Now she asks if I’m also wearing my Poop Pants.

• Remember, it's okay to cook on a spit, but never spit on your cook.

• I wonder if dentists ever feel sheepish resorting to occupational jargon. "Work today was really tough. Kind of like pulling teeth!”

• I hope someday to persuade Derek Jeter to draw me a little stick figure cartoon just so I can justifiably call it a Dandy Yankee doodle.

• I told a friend that careful mimes can be safe, but never sound. He accused me of thinking inside the box.

• I remember the good old days when all the airlines lost was your luggage.

• I’m always surprised when I hear how much roofers earn. I always thought they worked on the house.

• One of the great joys is watching 7 year old daughter playing and her unaware I'm watching her every move. Well, me and the NSA.

• “Godspell” is a popular theatrical production. “Spell God” is a question that will get public school teachers into trouble with the ACLU.

• US needs to appear strong in face of Russian aggression. I propose we invade ... Canada!

• Spent most of the morning wondering what God says when Jesus sneezes. No conclusions.

• My toast du jour: “May you one day be as happy as all your Facebook friends mistakenly think you are based on misleading posts & pix."