"Arnie" spoiler alert: I'm on it 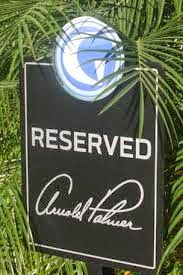 . . . and so is Bill Clinton. And Donald Trump. And Kate Upton! You can check out the alphabetically-ordered list right here. I’m consider myself among the more prominent names on the list if for no other reason than mine will be the name that most people will look at and say, “Who the hell is Chris Rodell?”

I have no idea when I’ll be on or for how long, but I’m guessing it’ll be tonight’s 10 p.m. episode on Golf Channel.

I’ll update tomorrow, most likely. In the meantime, here's the report from the day they filmed me and the gang at The Pond.

Have a great Sunday. Hello Spring!