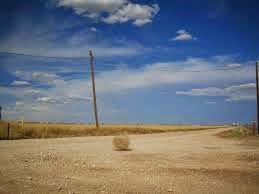 (853 words)
I’ve crowed about my successes, the loot I’ve made and how book signings featuring me and “Use All The Crayons!” have illuminated my path to authorial fame and fortune.

Not a single nose capable of detecting an odor showed up.

In keeping with my book’s message, I was able to find even a silver lining to that.

A friend of mine had mentioned attending to film the whole event for a YouTube commercial highlighting my compelling speaking abilities. Thank heavens even he couldn’t make it.

So it was just me all alone in what is known as — and this is factual — The Quiet Room at the great Carnegie Library in Oakland. I was part of a weekly event called “The People’s University,” a Saturday lecture series that is about to conclude due in declining interest, in no small part now thanks to me.

Yes, me and my book helped put a once-worthy idea on the library equivalent of Double Secret Probation. The librarian may now forever recall the day I spoke at The Carnegie as “The Quiet Room’s Most Quiet Day.”

“I’m so very sorry,” she said with charming sincerity. “I was hoping we’d get a really good crowd for you. The niche speakers do well. We had one a couple of months ago that drew about 80 people.”

What was the topic?

“There’s a lot of urban interest in raising chickens. He was very specific. He’d talk about things like how to remove worms from a chicken’s claws. People were hanging on his every word.”

How do you do it?

Remove worms from a chicken’s claws?

“Do you raise chickens?”

No, I raise worms. I'm into vermiculture.

I could tell by her reaction it was all starting to make sense.

She felt so bad for me I began feeling bad for her. It’s quite common for empathetic strangers to feel bad for me when they see me in the midst of some petty career humiliation. Really, they shouldn’t feel bad for me.

They should feel bad for my wife!

Pinning down how many I’d hoped would show up is nebulous, but I will say I brought 40 books, which I carried in a great big heavy box all the way from my distant parking space and back, so I did learn a good lesson there.

My next book isn’t going to weigh nearly as much.

About 10 minutes before my appointed time, I decided to do a little on-sight promo in the library cafeteria where about 15 people were gathered in buzzy little groups.

I held my 2-by-3 1/2 foot poster board of the book’s aloft and boldly announced, “Can I have your attention? I’d like to invite you all to follow me over to The Quiet Room where I’ll be speaking about my book, “Use All The Crayons!” And what makes my book so special? This is its actual size.”

I’m not exaggerating when I say how relieved I was my friend was otherwise occupied — apparently right along with the rest of the entire city of Pittsburgh. He told me the day before another day would likely be better for him.

Can you imagine that humiliation? He’d have taken up a whole day driving to Pittsburgh, setting up his cameras and waiting in vain for even one person to become the audience.

Experience is teaching me my best and most lively book signings are either at taverns or social luncheons where alcohol is available; my worst at book stores or libraries.

Lesson? People with at least a chance of being impaired are more susceptible to buying my book, and my book is least appealing to sober people who most love books.

Of course, had my friend shown up with his cameras, I’d have felt obliged to hold forth. The results would surely have been interesting.

It would have been like a seance. I would have given my talk with all the requisite drama and he would have panned across the rows and rows of empty seats.

We could have dubbed in some chanted Latin like the kind in “The Omen” whenever Damian was about to off another nanny.

The result would have been so perfectly bizarre it would have a shot at becoming a YouTube sensation.

Especially if smiling souls began materializing in the empty seats!

I’m going to set my alarm for 5 a.m. tomorrow to do some brainstorming.

Because as everyone knows the early bird always gets the worm.

And now I’ll know just who to call if one of them ever gets one stuck in its claw.

Email ThisBlogThis!Share to TwitterShare to FacebookShare to Pinterest
Labels: Carnegie Library Oakland, Chris Rodell book signings, Damian kills a Nanny, raising chickens at home, terrible book signings, The Omen, Use All The Crayons, what to say when no one shows up