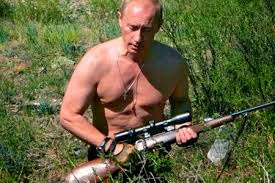 (753 words)
With every commercial I become more fearful for the future. Levels are rising to dangerous heights. Things are getting hotter.

Too much global warming?

We are in the midst of a cresting wave of commercials during sporting events that tell male viewers they are suffering from low testosterone. They imply everything will be rosy if we just got a doctor-prescribed booster shot of the stuff.

This would be fine, I guess, if they were removing all the gallons of surplus testosterone from troublesome men who have way too much and injecting it in men who were down a pint or so.

But this is not the case.

They are manufacturing even more synthetic testosterone and selling it to men they’ve shrewdly convinced are lacking.

The side effects of high testosterone are war, road rage, impetuous violence and, oh yeah, exploding population on an already crammed planet.

Of course, the red blood cell count isn’t the thing men are most concerned about really raising, is it?

No, with men it always comes back to the penis.

The real, well, “thrust” of the ads preys on mens’ concern that their most recent erection will be their last. It’s something we just can’t kiss goodbye.

And, oh, just imagine for a moment how different history would be if mens’ joints allowed for that self-gratifying sort of contortion.

For most men, getting the erection has never been that difficult. The problems result when we try and find someplace to put it.

It’s a confounding biological fact that women give men erections and then sometimes don’t want them back.

It’s really unfair. If a man gives a woman a really ugly sweater she can just ask for the receipt and take it back.

But there are many times when a man gets an erection and he doesn’t have any place to put it —  and a man can get an erection for reasons as varied as a sly look from a flirty female to sitting alone eating a donut. And don’t even think of slapping one on the Macy’s return desk. Believe me, that’s a mistake you only make once.

A typical male’s testosterone peaks when he is between 25 and 30 or what I recall as “The Big Asshole Years.” Back then I had one Spring Break that lasted from 1983 through ’92.

It’s a fact that the more any man thinks about his penis the more apt is he to behave like one.

By contrast the men with the lowest testosterone levels are universally beloved. They’re grandfathers — and who doesn’t love grandpa? They’re wise, cuddly and smell like they’ve been basting in Old Spice. You can put your young daughters up on their laps without having to worry the kids are going to get jabbed by anything that’ll cause them to go running off in scared confusion.

The poster child for the problems stemming from excessive testosterone is pictured above. He’s a dictatorial jackass. I’d like to see the Pussy Riot strap him to a table and fill his ass up with so much estrogen he immediately gives up his silly conquests in favor of afternoons watching The Lifetime Channel.

We don’t need profit-driven pharmacological giants deciding who should get more testosterone. That job should be up to our women.

Imagine a world where our wives and girlfriends decided how much and when we got our testosterone.

“Honey, I fixed the sink, patched the roof and mulched the flower beds. Do you think I could have a little squirt of testosterone so I could go golfing with the boys?”

“Well, okay, dear. But just enough for you to try and reach the par 5s in 2. I want you home and sober in time to watch ‘Dancing with the Stars!’”

You don’t need any Axion. And you don’t need risqué affairs, unwanted pregnancies, and all the macho posturing that’ll let people who’ve always thought you were a jerk know they were right.

You don’t need any of that.

What you need is a library card.

Side effects include wisdom, charm, wit and sophistication — all the things that’ll let you attract a fine woman who’ll help you find a really good place to put the things that often matter most to men.