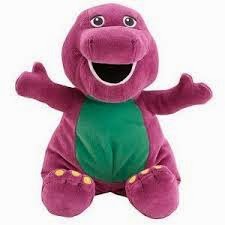 (737 words)
America will be better off when people spend as much time preparing for April Fool’s Day as they do for stuffy holidays like Thanksgiving.

Everyone could take the day off. Instead of watching tedious professional football games we could watch reruns of shows like “Get Smart” and “3rd Rock From The Sun.”

We could still enjoy a big family feast, but mixed in amidst the cranberry and turkey would be dribble glasses and whoopee cushions.

America’s suffering from a laughter deficit — and I’m part of the problem.

It’s been years since I’ve pulled off a really great April Fool’s Day prank and even that record is tainted because the victim was a gullible 6-year-old girl.

It was 2006 and my wife was 6-months pregnant with the child who would in June become Lucinda Grace.

It was an exciting time, especially for Josie. She was infatuated with the idea of becoming a big sister. It was a cheerful mindset that would conclude about 8 days after the actual birth.

But prior to that she was positively enraptured about the idea of having a new baby in the house.

Val and I decided to use her enthusiasms against her.

So on the morning of April 1, I crept into Josie’s second floor room and gently shook her awake. I had big news, I said.

“Congratulations, darling! You’ve got a baby sister!” I told her the baby’d arrived in the middle of the night. “Do you want to come see her?”

She did. Holding her soft, little hand in mine, we together started down the stairs. On the couch cuddling a swaddled bundle was her mother — and to this day I can’t believe I got her to play along.

With awe-filled eyes, Josie pulled back a corner of the blanket to see . . .

I saw her face race from wonder to pure rage.

It was incredibly cruel. I saw the confused hurt in her face and thought, man, if anyone ever does anything that mean to her again I’ll kill them with my bare hands. But it was okay that I did it because, hey, I’m her dad. And on the plus side, she instantly assumed an irrational hatred for Barney, a result hedge fund investors might call an unanticipated collateral dividend.

She raced upstairs and buried her sobbing head in her pillow. I ran after her and told her this was what April Fool’s Day was all about. Then I put her little tear-streaked face in my hands and said, “And now how would you like to get even with Mommy?”

The thought of humiliating revenge, the essence of this great holiday, was a transformative balm.

I knew right then our angelic little daughter would be as wicked as the rest of us, and thus able to navigate her way through the often stormy seas of humanity.

So I spent the next hour showing her how to rig a rubber band around the kitchen sink spray faucet, balance an egg on top the refrigerator door, and disguise your voice on a call to Nana so she might at least momentarily think it really was George W. Bush calling to say she’d need to get her wrinkled old butt to Baghdad.

And then when all that fun was over Josie went to her mother and began plotting how to get even with me in various painful and humiliating schemes that endure through this day.

I don’t think I’ve pulled off a truly dastardly April Fool’s Day prank ever since.

The most I do anymore is make about a dozen boring prank calls to secretaries for various city big shots, give them a made up name and ask them to call me at 412 665-3640.

I could probably try and concoct something devious here on the blog, but I don’t think I’d feel right using the blog for such shiftless purposes and, besides, everyone knows it’s wrong to tell lies on the internet.

Maybe you can do better.

Either way I hope you’ll fight the repressive pressure to be pretentious and will instead try and savor the silly.

I’ll try and do the same, but first things first.

It’s just about time to call the Pittsburgh Zoo, as I do every April 1st, and say, “Hello! This is Mr. L.E. Funt. Been any calls for me?”

A tale of turtles, pranks & Manti Te’o
Posted by Chris Rodell at 1:21 PM