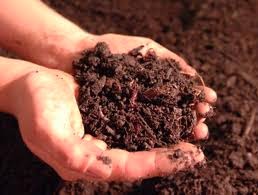 (691 words)
My wife couldn’t believe the contempt I was expressing for my audience. “You mean you’re just going to tell them the same stories you tell them every year?”
That’s right.
“What if someone complains?
If someone complains, well, they can just eat shit.
Or boogers, although I promise to bring enough shit for everyone.
Yes, it’s that’s time of year again. I’m bringing all my warm worm poo to Baggaley Elementary School to celebrate Earth Day with the second graders!
So I wasn’t exaggerating about the potential dietary supplements.
A second grade boy will eat boogers, worm poo or worms themselves and what doesn’t kill him will only make him more gross to the girls in his class. That’s the whole point.
This will be the sixth year I’ve been doing elementary school Earth Day talks (I’ll actually be there Thursday afternoon) about worm composting or vermiculture. Worms play a key role in our environment and are essential in reducing household food waste that would otherwise end up being trucked to the distant crowded landfills.
I’ve been doing it ever since Josie was in kindergarten. I did it for her three years and naturally began doing it when Lucy started attending the same school that for all of us holds so many precious memories.
That my daughters get to see me in a position of authority where their teachers call me “Mr. Rodell” (rather than the girls’s usual “Mr. Stinky”) and are admonished to pay attention to me bolsters my status as a father deserving of respect.
That I use that time to tell worm fart jokes, stick my tongue out at hecklers and pretend to eat poo is something I just can’t help.
I admit to being a bit rattled by Val’s criticism. I wondered for a moment if maybe she was right. This will be the third time Lucy and many of her classmates have seen my worm schtick. Maybe it’s getting old.
Then I realized no one ever complains when they hear Bruce Springsteen once again sing “Born to Run.” There’s always a place for proven crowd-pleasers.
So I’m comfortable in my belief I’ll leave the second graders laughing and wiping snot on their sleeves understanding, of course, that’s just what most second graders instinctively do.
And — who knows? — maybe between now and Thursday I’ll come up with another show-stopper like last year.
See, I thought it would be funny if during my talk I deftly switched the bag of authentic worm poo with one that was full of tiny Hershey chocolate drops.
Then I said: “Once it is carefully separated from the worms, the poo makes some of the best plant and vegetable fertilizer on earth. It’s very nutritious. And — watch this — it’s delicious.”
Then I took a heaping handful of the chocolate chips — and be very careful if you try this at home — and dumped them all down my gullet.
It was maybe the greatest reaction to a prank I’ve ever witnessed.
The uniform screams were loud enough to scatter the birds from trees throughout the county. Distant dogs began to howl. Car alarms began to sound. Anyone with a nearby pacemaker had to lay down.
That wasn’t even the best part.
Out of the corner of my eye, I saw one of the pretty young teachers clutch her stomach with both hands and double over in a retching fit. She looked like she was going to be sick.
I hastened to say — easy — it was all a joke. It was chocolate. Don’t ever eat worm poo. I saw the color begin returning to her face.
So I intend to be just as funny, just as compelling, as any man with a bin full of worms and waste can ever be.
Oh, if only I could have been that with-it when I was the precocious age of my charming little audience! Maybe I’d be something more impressive than the local worm farmer.
No matter. On Thursday I’m returning to the second grade and this time I’ll really have my shit together.
And by that I mean I’ll have the worms separated from theirs.