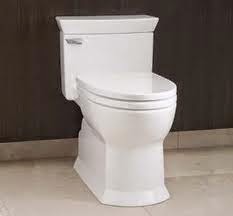 (697 words)
I seldom bath nor bathe in a bathroom, never rest in restroom, but I once did play a little bass in a basement.

I’ve done a lot of living in living rooms and have enjoyed being bedded in bedrooms.

Anymore calling the main room in the house the “living room” is even kind of stretch anymore, isn’t it? It’s usually the big TV room. In fact, we live in an age where our TVs are so mammoth there’s little room to do any real living in most of our living rooms. We just sit there and stare.

But as far as misnaming common household rooms, nothing beats what we all call the bathroom.

No one I know bathes in there. Do you?

A bath seems so inefficient compared to a quick shower. A reasonable bath takes at least 20 minutes.

I can jump in a shower, wash my pits and bits, and be done in about a minute — two if I take the time to remove all my clothes.

Who baths? Lewis Grizzard, the late, great Southern humorist, succinctly gave the reason why people prefer showers to baths. He said: “I don’t like taking baths because I don’t like washing my face in water I’ve been sittin’ in.”

Our bedroom bathroom doesn’t even have a bathtub. It has a shower stall. But no one would ever dream of calling it the shower room, which is what we mostly do in there.

Well, that and the No. 1 thing we do in the room that’s the reason for all the silly euphemism.

But we just can’t bring ourselves to call it what it is.

We have beds in rooms where we sleep and screw so calling them bedrooms makes at least a little more sense than calling them sex or sleep room.

But even though the room’s most prominent features are toilets no one ever calls it the toilet room. Or the sink room. Or the big mirror room. Or the prescription drug room — and it is my understanding many households today are stocked with so many of those our modern bathrooms ought to each come with board-certified pharmacists.

Nope, it’s the bathroom, restroom, the powder room, the loo, the head, the lavatory, the potty, the necessary room, or the little boys’ or little girls’ room.

If what what we call the room itself causes us so much linguistic fidgeting, it’s no wonder what we do there is even more complicated. It’s the one thing each and every human being is compelled to do each and every day. Well, supermodels like Kate Upton probably don’t, but the rest of us sure do.

The most common way this is done is when we men generally announce the breaking news that “we gotta go take a leak” or “take a dump.”

Our bathroom euphemisms are so confusing they’ve in essence turned givers into takers.

But our euphemisms have taken on a competitive bent.

It’s not good enough anymore for your average man anymore to merely take a dump.

He needs to “launch a sea pickle,” “heave a Havana,” “liberate the chocolate hostage,” “take the Browns to the Super Bowl” or “talk to Ralph on the big white telephone.”

He needs to sprout the daily monkey tail!

It reminds me of the “Cheers!” episode where Frasier met the insufferable Lilith and was instantly repelled by her belittling insinuations that his intellect was inferior to hers. He abruptly stood up and took leave by saying, “Excuse me, I have to go to the little boys room.”

As he stormed off, Dr. Sternin wondered aloud to bartender Woody Boyd, “Why does a grown man feel the need to euphemize?”

I guess that’s enough of this silly crap for now.

I need to go see a man about a horse.

My daughter’s birthday’s coming up and she’s interested in having party pony rides.

The true story of how I became an iron-bladdered superhero

from my friend Nan over at Redroom.com: "By the way, as a pharmacist, the bathroom (or any of the other euphemisms you included in your 697 word blog) is not a great storage place for medications. The room is generally too humid (from all the showers of washing "pits and bits" (a really great description)) and often makes medications less effective. For what it is worth...nan"