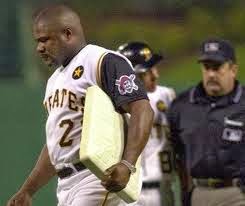 (774 words)
My enjoyment of the first week of professional baseball has been interrupted by a technological advance about which I’ve grown apprehensive. I’m not quite sure if it’s something I like or not.

So let’s got to replay!

Or, better still, let’s not.

Critics said replay challenges would make the game longer and they were correct. They say this is a bad thing.

On this point, I disagree.

I’m for anything that increases the length of time I’m bound to spend at a ballpark.

I want extra innings, rain delays and dawdling relief pitchers who amble from the bullpen to the mound like Hollywood stars do on the Oscar night red carpet.

When I’m at PNC Park in Pittsburgh watching a baseball game on a sunny day there is no place else in the world I’d rather be.

Remember, this isn’t professional football, a game that’s becoming so tedious in person that every single drunken fan is impatient for the outcome to be decided so they can resume the great gang vomit that occurs throughout the Sabbath in the stadium parking lots.

So longer days at the ballpark is not my concern.

No, I fear we’ve probably lost forever the joy of watching grown men dressed like little boys go out of their minds in front of 37,000 strangers.

It’s a sort of civics lesson. Anymore, it’s reassuring watching adult males go crazy in public without them feeling obliged to shoot holes in a bunch of innocent strangers.

It proves you can vent without violence.

And, boy, can some of these guys vent.

Take the great Lou Piniella. He’d usually get tossed about five seconds into the confrontation. That’s when the real show would begin.

Piniella, outraged that his outrage led to summary dismissal, would then make jihad on his ballcap. He’d throw it to the ground and begin kicking it around the bases while the umpires would stand in a circle and discuss where they’d be going to dinner after the game.

One of my all-time favorites ejections featured a manager who said and did nothing, so it was utterly original. It was Don Zimmer, a little stump of a man nicknamed “Popeye” because of his resemblance to the cartoon sailor. He was famous for his volcanic eruptions.

I don’t recall the dispute. All I remember was Zimmer, who was managing the Cubs at the time, flying out of the dugout straight for the home plate umpire who no doubt braced for an angry tirade.

Instead, Zimmer got an inch from his the ump’s face and said not a word. He just glared at him with those freakishly poppin’ eyes. It put the ump in a quandary.

How could he eject a silent man for just standing there?

After about 90 seconds, the ump tossed him, which caused Zimmer to go out of his gourd in the more traditional way. He launched into a profanity-laced tirade that led to him sort of cartwheeling around the bases in fury until he wheeled himself into the dugout.

Watching it made me very happy.

I imagine he spent the rest of the day in one of those security rigs they used for old Doc Lecter.

Those days seem like they’ll soon be long gone.

From what I’ve seen, the new protocol begs managers politely inform the head ump of a challenge. The blues then huddle, replays are watched and a decision is rendered. There’s no drama, no strategy, no passion.

It wouldn’t surprise me if someone’s passing around trays of Eat ’n’ Park Smiley cookies.

Maybe I’m partial to the managerial insanity because I was 30 feet from one of the greatest meltdowns in baseball history. It was June 26, 2001, the night then-Pirate manager Lloyd McClendon demolished the old baseball adage that says you can’t steal first base.

It started out simply enough: he stormed, he yelled, he kicked dirt and he got tossed. Then the umps told him to leave the field.

He left the field, all right, but not before taking an essential piece of it with him: First base

Yes, he maniacally removed first base and stormed off the field. The crowd roared for the five full minutes it took the grounds crew to find a new base needed to resume play.

To this day, I can close my eyes and replay the whole thing over again and again in my mind.

And that’s the only kind of instant replay this baseball fan will ever need.

Replacement refs? NFL must be joking

You have captured the essence of Baseball.
It need not be fate for Baseball to be interesting, and while most fans like a home run barrage og a game ending up 10_9.
I would much rather enjoy a 1-0 game with bunts and stolen bases , and occasional a suicide squeeze.

Me, too, John! The older I get the more I prefer baseball to every sport and most everything. Thanks for your comment!