The yin/yang of my good/bad summer 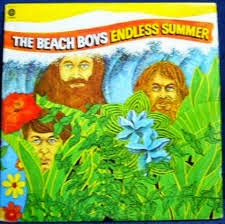 School resumes for our daughters on Monday and — I don’t care what the calendar says — that means summer is officially over. So I guess it’s time to take stock of how we spent our days.

Me, I have an innate ability to see the good in everything while simultaneously recognizing the bad.

It is my blessing.

And, thus, it is also my curse.

I love seeing old friends and family and spent many summer days golfing, sight-seeing or just loafing around laughing with people who mean the world to me. They were times I’ll always remember fondly. But I did very little productive work this summer. That gnaws at me. I wonder I’d be more successful if I were a crabby kind of guy no one would want to visit. But what fun would that be? And idle hours spent with people you love isn’t an expense. It’s an investment in happiness.

A long drive in the car with kids, ages 13 and 8, is like being adrift at sea in a rubber raft, one that stops every 45 minutes for pee breaks and milk shakes. I see being in the car with my family as a real bonding opportunity. I carefully decide which songs or stations we listen to with the essential purpose of bestowing proper musical taste on my daughters. Sometimes I slyly turn the music up incrementally louder so the music will seep in more deeply. But I sometimes turn it up louder to drown out all the bitching that goes along with taking kids on long car drives. Parts of our summer drives were some of the best parts of our summer. And parts of our summer drives made me wish I was the kind of father who’d pour vodka in the kids’ drinks so they’d pass out for hours so Val and I could have some peace.

It was cool, drizzly summer so I didn’t have to enrich the sun screen conglomerates too much. I really hate the heat but, geez, give me some sunshine.

Val and I have always enjoyed going to movies together. But there was only one flick that seemed compelling enough to make us go. It was “Return of the Planet of the Apes.” We both enjoyed it, but agreed it would have been more fun for both of us if we could have had Dr. Jane Goodall seated between us. But didn’t this summer suck for movies? Say what you want about the stumbles of our bumbling auto makers, but no industry disappoints as reliably as the one based in Hollywood.

This was the summer where I finally got back on track about taking golf more seriously. I love playing golf, but the more golf you play the more frustrating you realize it is to play golf. So the idea of playing golf wars with the sensible side of my brain. Golf is expensive and time consuming and very difficult to attain proficiency. I don’t care. I love playing golf and hope to be a pig about it with whatever remaining time the weather permits.

There is no downside to being a paid motivational speaker. To sell 250 books up front and secure a nice speaker’s fee is a crowning achievement of my career. That happened twice this summer and led my confidence to soar. But it did the same for my hungers. I don’t have anything else booked and it’s driving me out of my mind. But it’s also motivating me. The great thing about my “career” now is you never know who’s going to call with some exciting offer. I just need to work to make sure these offers have an opportunity to flourish.

It’s like all the people who read my blog went to the beach together in early summer without the electronic devices they need to read my blog. Readership was off in July, too, before a great August rebound. But what do I do with all those dandy summer posts no one seemed to read? I wish I was one of those disreputable bloggers who doesn’t care about posting on the sneak stuff that’s run before. I never do that without notice. And I never will.

Good: I was immersed in many great books this summer.
Bad: I can’t think of any counterpoint to this one. The older I get the more I wish I had more time to just read. And nap.

Josie will turn 14 next month, but this was the summer she really began exerting her independence. And for the first time ever she began telling me to buzz off. She was done with Daddy. Shows we used to watch together bored her. Games we used to play were all of sudden “too childish.” And she at times began behaving like a surly teenager. I guess I should have seen this coming when last September she became a teenager, but I was blindsided. It was like Mick telling Keith he didn’t want to be part of The Stones anymore. So I recovered by spending more quality time alone with darling Lucy, 8, and it’s been a real joy. We had so many happy times together, it only increased my determination to pioneer a controversial parenting technique that involves only loving the kid who’s being nicest to me. I call it conditional love.

I love living in an area with four distinct seasons. I love the approach of each new season as much as I love saying farewell to the one it’s replacing. This summer was fun but, man, I’m glad it’s over. Bugs, humidity, screaming neighbors — “Endless Summer” to me isn’t a Beach Boys album. It’s my idea of hell.

So bring on fall! I eagerly await your crisp air, your autumnal colors and hours and hours of extra yard work.

I will love you right up until I don’t.

Taking my BRF (Bitchy Resting Face) out for a walk

Fame & the night me & Bruce Willis rocked the red carpet

A back ’n’ forth on palindromes