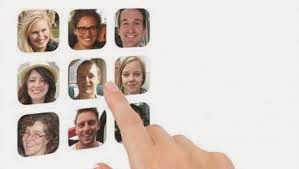 The bad news is Russian mobsters have stolen 1.2 billion passwords. The good news is we’ll now at least know who to call next time we forget our passwords.

I spent about 10 minutes this morning thinking about whether I should change all my passwords, as computer security experts are advising.

I decided to defy them.

I did this because I put myself in the shoes of who I think of as your stereotypical Russian mobster and for our purposes today that person is Boris Badenov, the cartoon foil of Rocky and Bullwinkle.

“Ve now have 1.2 beellion passwords. How should ve best capitaloolize on our diaboolical geenious? Should ve start with the blogger? Or with the 1,999,999,999 other peepool who have more means?

Asking me to take extra steps in my own computer accounts security is like asking me to guard the bank after it’s been robbed.

This shouldn’t be my problem.

If this is such a big problem — and I do believe it is — then the front line firms should get their acts together and solve it.

It’s an old myth that we only use about 10 percent of our brains. I think I devote at least that much to storing all the numbers of the men who won four Super Bowls for the Pittsburgh Steelers in the 1970s

But let’s assume it is just 10 percent. I’ll bet six percent of my brain capacity is used to try and track passwords. I have passwords for banks, phone, electric and gas companies. Those at least make sense because they involve financial transactions.

But I also have passwords for Facebook, Twitter, Google, my websites, the Oxford English Dictionary, and a myriad other things I could do without.

Some of my passwords involve my mother’s maiden name, which for you trivia buffs is Q$!ztOn1234.

Some are amalgamations of old bosses, pets, street addresses or numeric oddities. One password is a homage to the girl to whom I lost my virginity on September 20, 1996, which is the night I got married. (Hint: That one begins with a “V” and ends with an “alerie.”)

None of my passwords is password12345, which experts say is the most common and least deceptive passwords.

“iloveyou” is another common one, and very sweet, if you needed a password to get laid. Instead, people are using it for things like cable companies, which is surprising. If I went that route, my Comcast password would be “ThanksForScrewingMe,Assholes!”

That would work because it has the requisite upper cases and unusual characters, which they say is good.

I’ve always opted for complexity, which is why I can never remember any of my passwords. I can never recall whether or not I upper or lower cased the third or the fourth letter or if I used a “%” or a “#” as the oddball crook stumper.

So I can never remember any of my passwords and am forever having to go in and change them into more complicated versions of the passwords I’ve already forgotten in the first place.

Passwords are one of the biggest nuisances about being alive right now, that is if this list doesn’t include things like climate change, spree killings, Ebola, ethnic hatred, saturation Khardashian coverage, etc.

Maybe this massive Russian hacker — and doesn’t it sound like I’m describing a goon hockey player? — episode will be the necessary impetus for sensible change.

Passwords are such an insecure, chaotic babble that I’m sure we’re on the brink innovation. In fact, it’s happening right now.

There’s a company called Facelock that utilizes the power of facial recognition. This would be a boon to easily confused people like me and even dogs and cats who are eager to participate in social media.

Well, not the cats.

Facelock correctly contends our brains are not wired to remember long strings of random letters and numbers. The system instead presents pages of faces with the user having to select the ones she or he remembers.

This would be so much easier than hunting all over the keyboard for non-sensical combinations that defy recollection.

So let the Russian hackers have my password. Go ahead and plunder my meager accounts.

It’s not my problem. It’s the problem of the people I pay to keep my accounts secure.

Rest assured, a change is coming.