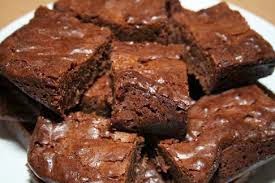 It never bodes well when it’s after 11 p.m. and caller ID shows it’s my 81-year-old Mom. Not because it’s something urgent and we’re an hour away.

No, usually because it’s something exasperating and I’m impatient.

I don’t know what she does with it all. Maybe she spends nights in her apartment playing pepper jack cheese Jenga.

Dad died in ’04 and Mom began her decline in about ’11. My second cousin — she’s 24 — lives with her but has an active social life so it’s not like she’s there to play nurse or run to the store when Mom forgets which closet contains the raft of Quilted Northern (she’s very brand specific).

Lately, it’s Duncan Hines brownie mix. She never has enough of it. I take her three or four packs on the weekly shopping trips.

I know children of aging parents who deal with far worse. They live with them, feed them, change them, bathe them and complain much less than I do when all I have to do is answer the damn phone when I’m trying to see what happens yet again when Kramer feeds Rusty too much Beef-a-Reeno.

I answered the phone relieved Mom had no way of seeing my insolent eye roll.

Yes, Mom, what is it this time?

I told her there was nothing I could do about it. How bad was it?

So she’d already tried what would be my lone suggestion. After “try turning it off,” my over-the-phone plumbing expertise is pretty much exhausted.

I tried not to sound too awfully condescending when I said, “I hope you’re not going to ask me to get dressed and drive all the way into Pittsburgh at midnight for something about which there’s nothing I can do.”

I told her she’d need to get building maintenance there as soon as they’re available.

It was Ray. The building maintenance guys where she lives are just great. They’re there when needed — and they’d better be ‘cause that’s their job — but what I like about them is they’re so kind, like Mr. Rogers with wrenches.

They’re unfailingly nice with my Mom. They joke with her. They listen to her long-winded stories. They act like they care.

They act like the son I wish I could be.

I think part of my problem is dread of the future. Not that Mom will get sick and die.

My fear is she won’t.

Longevity runs in the family. Her father died at 97 and was healthy right up to the end.

I saw she’d made a note to herself — and the notes she leaves to herself are like Super Bowl confetti. This one said: “Remember! ’60 Minutes’ story on staying healthy through your 90s. Sunday night!”

I threw the note away.

I asked the other day, as I always do, how she’s feeling.

“Oh, I feel great! I always thank God for giving me such good health. No ambition, but good health.”

She tells me what a great son I am. She thanks me for all I do. She thinks I’m kind, patient and concerned — everything I know I’m not.

Ray tells me I need to buy a new faucet and bring it in to him tomorrow. He works nights, but said he’ll be happy to come to meet me when it’s good for me.

You sure, I ask, that won’t be too inconvenient?

“Not at all! We’d do anything for Rachel. She makes the world’s best brownies. She’s always dropping off a great big batch down at the maintenance office. Your Mom’s the best!”

I was too ashamed to ask if his calcium levels were unnaturally high from surplus pepper jack cheese.

Email ThisBlogThis!Share to TwitterShare to FacebookShare to Pinterest
Labels: Beef-a-Reeno, cheese Jenga, dementia humor, Duncan Hinds, living with parents with dementia, seeing the bright side of life, The Rye