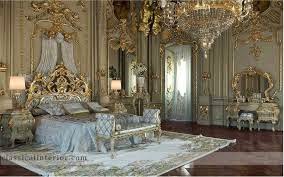 I figure by my crude calculations you could probably fit about five queens in your typical queen-sized bed. Maybe seven if you could persuade them to spoon.

Queen Elizabeth is just 5-foot-4 and she seems to be shrinking before our eyes. She’s 88 and if the diminishing trajectory continues as it has then by 2016 you could probably fit about 10 of her beneath the covers of a queen.

Queen Latifah’s a different story. She’s six inches taller and is often described as “plus-sized.” Her weight seems to fluctuate and I’m too much of gentleman to play the old carney guess-your-weight game, but it’s clear Queen L could kick the dainty royal butt of Queen E, although I hope it never comes to that. They both seem like nice people.

I mention all this because we just returned to our queen-sized waterbed after a week on a true King.

Not Arnold Palmer. His back’s giving him trouble and I have too much respect for the gentleman to ever ask if my wife and I could sleep on top of him.

No, this was a sprawling King-sized bed. Compared to what we’re used to, it felt like we were going to bed on top of Texas.

And I slept great! Val, too.

I slept one morning till 7:30 — 90 minutes past my usual wake-up — and knew from the damp pillow I’d achieved rare slobber sleep, the sleep equivalent bowling a 300.

I figure it’s my lot in life to be a lousy sleeper.

I often have trouble sleeping through the night. I wake up worrying about my prospects, about the various wars raging around the world and if Pirate third baseman Pedro Alvarez will ever remember how to make a simple toss to first base.

For years, our two little sleep bandits used to sneak in to our bed for midnight snuggling. I loved this even as I have an aversion to being kicked in places no man likes being kicked.

That’s what the second born used to do. She’d sleep between me and my wife and begin, I guess, to dream she was pedaling a bicycle, her little feet repeatedly blasting me in the balls.

It was like something the cruel rogues used to devise for the prisoners at Abu Ghraib.

So I’d get up and wander off to the living room to lay on the couch and watch the cowboy movies no one in the house lets me watch when they’re all awake, a good night’s sleep an impossibility.

But those days are done. She just turned 8 and Val asked her why she doesn’t come into the bed anymore.

“Ah, you and Daddy are always smooshed up so close together I can’t get in there.”

That’s mostly true. In the cold winter months, we cuddle up like bears in a cave, me being the hairier and bearier of the two. But in the summer months we generally allow each other a little spread.

Still, there’s the inevitable shoving match that comes from being crowded in the queen and for that I blame the dog.

I still don’t know how this dog I detest, the one the girls insisted we get for them, wound up sleeping in my bed. But recently he’s taken my place next to my wife.

I never once minded it when my daughters came into the family bed. I love them.

But I hate the dog and to lose sleep because of him infuriates me.

And I resent that my wife would rather cuddle with that smelly little yip dog than me, her man.

I don’t know how it happened. I’ve always tried to be a good bedmate. I don’t snore, scream or disrupt her slumber with the dreaded jimmy legs. And I know one thing I’ve got that the neutered dog no longer does.

To go on more would be unseemly. I just will have to persevere without complaint and maybe dream that one day she and I (and, yeah, Snickers) will share a king.

Until then, I choose to remain above the sleep fray, just a prince in his queen.

And I apologize for how incestuously unseemly that sounds.

Daughter, 7, says Bible says I need to be nice to our stupid dog

US needs “National No One Gets Out of Bed” day