Many world problems; at least chips are great! 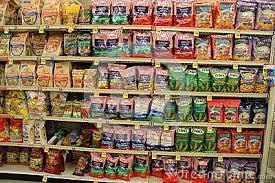 Then shortly after the 2004 death of my Dad, Bachman’s seemed to disappear. It’s almost as if Bachman sales dropped so dramatically after his death the company was forced to slash production.

But I became depressed. Over the death of the old man, yeah, sure, but where were my Bachman’s?

And I began to drift to chips.

I guess my favorite right now would have to be Gibble’s Red Hot, which goes perfect with a little artery-clogging tub of French Onion dip.

Certainly, they read the news and see what sad shape the world is in, not to mention the shapes of their top consumers. Yet, they devote their entire professional existence to making things like potato chips so good we find them and nothing else irresistible.

Maybe we all need to do whatever we can to make the world a better place by all doing what we do best in the hopes we can one day vanquish all the vexing troubles that today seem so monolithic.