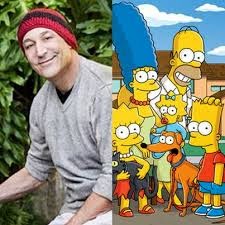 (759 words)
I don’t know why I just spent about 40 minutes scrolling through the channel guide to record about 30 hours of “Simpsons” reruns. I already know each of them all by heart.

I guess I’m doing it for our daughters.

I want to see one of my favorite shows all over again through their eyes. I want to spend the weekend reveling in some of the sharpest and most subversive humor in the history of American entertainment.

I’d rather be watching it with about three or four buddies and a keg of beer.

Watching with drunken buddies would be the ideal way for me to watch “The Simpsons,” the show that FXX channel will be round-the-clock broadcasting for the next 12 days straight. That’s 552 episodes — 25 seasons — and one feature-length movie.

Amazing. Up until about four days ago I didn’t even know I had an FXX channel. Now, FXX will be about all I watch for the next 12 straight days.

One of these days I’m going to have to study the channel guide and see what else is hidden among the 930 or so channels I never bother to watch.

I’m convinced “The Simpsons” colossus will never end. It’s too embedded in the American comedy DNA.

The 26th season begins in September and will include episodes by writers who weren’t born when the show began, writers who’ve probably never seen some of the seminal episodes I’m recording for the girls this week.

Shows with stories like the one about Homer’s bypass, the one where Homer buys Lisa a pony, or where the boys from Moe’s form a barbershop quartet.

I could go on and on. What Simpson’s fan couldn’t?

But I’ll instead divert and tell you about what might be my favorite Simpson’s story.

It’s the story of Sam Simon.

He’s dying, dying very publicly, in fact. He just signed a deal to allow Fusion Network — and I’ve never heard of that one, either — exclusive rights to film his death which could happen any week now.

Simon, 59, was diagnosed in 2012 with terminal colorectal cancer. Doctors said he had 6 months to live.

No telling if one of the experts was Dr. Nick Riviera.

Simon helped create “The Simpsons” in 1989, but in 1993 left over a personal dispute with show-creator Matt Groening. Simon negotiated executive producer credits for the show's entire run and home-video rights, at the time a little known potential revenue stream.

So today he earns about $20 million each and every year for a show with which he’s had nothing to do for 21 years.

He’s played in the World Series of Poker, dabbled in boxing, been married to actress Jennifer Tilly and for three weeks in 2000 was married to Playboy Playmate Jami Farrell. He’s spent the last years of his life lavishing his fortune on worthy philanthropies devoted to improving the lives of defenseless children and animals.

I just read this very morning he bought a California chinchilla breeding ranch for $50,000.

What do you do when you’re an animal lover after you’ve bought a chinchilla ranch?

You free all the chinchillas.

He’s arranging more humane conditions for the animals until all 425 can be adopted by people who’ll have no intentions of making fancy garments out of the critters.

A frequent guest on Howard Stern’s show, my favorite Simon story involves the time he went to a luxury automobile dealer for floor mats. The details are elusive, but the gist is correct.

The first salesman he encountered was rude and condescending and didn’t want to be bothered with something so picayune.

So Simon sought a second salesman, and from this person he impulsively ordered a new top-of-the-line luxury car — let’s say it’s a Ferrari — loaded with all the options and came back an hour later and paid cash.

It’s the greatest eff-you money story I’ve ever heard and leads me to believe there are hundreds just like it.

Most of “The Simpsons” characters you’ll see on the show are Groening creations. He’s the show’s true creator. But those there at the beginning say the show’s indelible sensibilities and absurdist genius are all because of Simon.

Those are just some of the reasons that led “60 Minutes” to declare in a 2007 Simon profile that he’s “perhaps the perfect Renaissance man of this baffling, uncertain age in which we live.”

Thanks in large part to Simon, “The Simpsons” will live forever.

When all you can eat ain’t

A farms and a cure for baldness