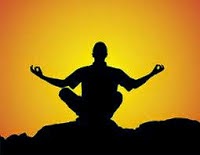 We’re all justifiably concerned about what we consume. Is this fruit organic? Are these vegetables free of taint? Is this Hot Pocket as nutritionally desolate as we suspect. Seems like everything we eat these days is bound to poison us or make our butts look too big. That’s why I was thrilled in the summer of ’11 to read about a radical new diet. It’s the choice of what are called “breathariians,” those who consume nothing but air. As diets go, this one’s a breath of fresh . . .

At least once a month I’m given a reminder as to why my annual expense on the Oxford English Dictionary membership is such a worthy splurge.

That makes Wednesday’s word a sort of three-fer.

I love the word, plan on pitching it as a story idea and, yeah, it offers a breathtaking way to end world hunger.

The word is “breatharian.”

Definition: “A person who consumes or claims to require no nutrients other than those absorbed from the air and, in some cases, sunlight.”

First a quibble. The word, initially cited in 1979, is formed on the same basis as vegetarian (people who eat only vegetables) and thus suffers from some clumsy construction I’d like to tidy up.

Based on vegetarian, the word should be “airarian.”

And, yeah, let’s work at overcoming the pejorative connotations of the word and get to the point where we can just call them all airheads.

The practice has mystical roots with Catholics believing fasting saints needed not food nor water and more recently Hindus who believe any person can give up sustenance altogether and live off what they call “prana,” “living on light” or “living on air.”

I spend a lot of time worry about world hunger.

I’ve suggested both hunger and morbid obesity could be eliminated in one fell swoop if everyone agreed to eat just two square meals a day.

It was I who last year floated the theory that world hunger will be eliminated when scientists learn to clone and farm 70-ton sauropods, a dinosaur capable of feeding a typical family of four for about 120 years, providing the family has an industrial freezer the size of your typical Chuck E. Cheese.

The problem is all my solutions center around consumption.

Now along comes a solution that literally out of thin air turns my ideas on their heads.

All that’s needed to sustain breatharians is air and sunshine, elements that are drive-thru ready every time you roll down your car window.

I do wonder if meteorological conditions will factor into health.

Will people in dark and cloudy places like Seattle be preternaturally thin? Will folks in sun-drenched Yuma turn tubby from all the fresh air and sunshine?

(Trivial aside: Residents of Yuma refer to themselves as Yumans. So my bucket list now includes the goal of running in one of the town’s 5Ks so I can snag what’s bound to be a nifty "Yuman Race" t-shirt.)

Of course, I’m eager to learn more and am open-minded about going foodless.

I dream of a world of plenty where everyone feels strong and well-fed, a world where none of my shirts is stained with mustard and all the wars are fought with farts.

That’s why I’m thrilled Latrobe could this weekend be a beacon to global breatharians.

I’d have to think breatharians would be attracted to something billed as an “airshow,” even if they’ll wind up confused by the carnival food, stunt planes, wingwalkers and BigFoot, the original monster truck.

Still, I’m hopeful this weekend I’ll meet a breatharian who’ll be willing to share his mystical secrets with me.

I’ll take the guy out to dinner.

That’s sure to be another plus.

Breatharians are bound to be cheap dates.