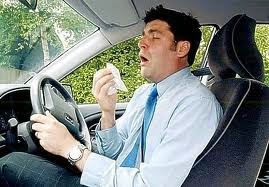 (932 words)
I’m pleased to report progress in my efforts to get the world to start counting consecutive sneezes instead of saying, “God bless you,” or some other sneeze-associated salutation.

As of now, my daughter and Dave at the bar are joining me in enthusiastic sneeze counting. That makes three of us.

But I anticipate sneeze counting will go viral — and not in the way sneeze-borne illnesses do.

Sneeze counting eases what is one of the most awkward public situations: what to say when someone sneezes more than once.

First of all, let’s consider the sneeze, the orgasm’s nasal cousin.

Like an orgasm, a really good sneeze is very pleasurable. It’s a euphoric release that also coincidentally expels bodily fluids.

Because while a sneeze can be very satisfying to the sneezer, it’s equally unsettling to germaphobes who might be within range of the spray.

With each sneeze, millions of germs are launched into the environment. So it’s important that people cover up and sneeze into their elbows, a marvel of low-tech health care.

For likely as long as man was upright, we’ve been sneezing into our hands. Why, even cavemen probably understood the etiquette of daintily sneezing into their hands — and that these primitives did so centuries before anyone used toilet paper is a testament to the power of sneeze etiquette.

But seemingly overnight we all learned to sneeze into our bent elbows, a beneficial advance, well, for everyone, I guess, except the folks who enjoy square dancing who are now at risk every time they do-si-do.

So on the one-hand we are compelled by nature to sneeze and on the other we feel a competing need to not sneeze too volcanically, lest we upset our fellow man.

That’s why many people feel go to great lengths to stifle their sneezes, something that sometimes leads to injuries among the sneeze stiflers.

Studies show trying to delay a sneeze is like trying to halt a locomotive as it barrels down the tracks. It can rupture blood vessels in the brain and bloody brains are something only the zombies crave.

I didn’t see it in any of the studies, but I know for a fact it can also cause the sneeze stifler to blast a really loud fart in an otherwise silent sociology class in Athens, Ohio, making him radioactive among the sorority sisters who’ll forever taunt him with the name “sneeze farter.”

Or so I’ve heard.

So sneezing should be encouraged.

That’s where sneeze counting comes in.

The typical reaction to a person sneezing once is for several people to mumble, “God bless you.” They do this once. But no one ever does it more than two times, the point at which everyone just starts becoming quietly embarrassed for the sneezer.

Dave at the bar can be very blunt with sneezers. He’ll summon a prayerful blessing once, but after two or three blasts he’ll say, “All right, now you’re just being annoying.”

Sneeze counting changes all that by turning sneezing into a spectator competition.

Dave’s joined me in this. Now, anytime anyone — man or woman — sneezes we don’t invoke a deity, we instead shout in unison, “One!”

If they sneeze again, we shout, “Two!” and so on. This at first startles the sneezer because it’s such an abnormal reaction. But once everyone catches on, it’ll become a bragging point.

Wife: “How did it go down at the unemployment office, honey?”

Husband: “No, but I’ll bet I made everyone else sick so my chances next time ought to be much better.”

I’ll bet my record is 18. I remember one sneezing fit about 15 years ago when the goldenrod saturated the air. I remember hoping no one would see me, my eyes watering, nose running and looking like I’d been run over by a truck.

Had someone been there to count I’d have felt completely different, like I’d won a bowling trophy.

The competitive edge changes everything.

Of course, no one will ever likely touch the record of Donna Griffiths, a 13-year-old English girl who began sneezing January 13, 1981, and didn’t cease doing so until September 16, 1983. That’s 978 days of sneezing, more than one million sneezes, according to some estimates.

She must have been inundated with “God bless yous” and extended tissues.

Despite all the holy requests, I’ll bet Griffith never felt God had blessed her.

That’s another thing. Saying “God bless you” to a simple sneeze seems like a waste of God’s time. In case you haven’t noticed, He’s got bigger things on His plate.

How about we save our blessings for the things that matter? Let’s pray the wars all halt, that hatreds abate, want eases and that Kate Gosselin finds a decent job that doesn’t require she show up on our TVs every four or five months.

Can I count on you to start counting sneezes? I knew I could.

And I mean that whether you just let loose a peace-shattering sneeze or not.

Email ThisBlogThis!Share to TwitterShare to FacebookShare to Pinterest
Labels: sneeze etiquette, sneeze God bless you, sneeze records, sneezing, what to do when someone sneezes