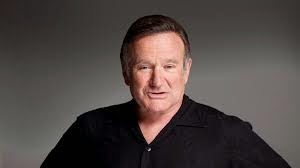 (672 words)
I’m not the guy who brings it up, but I am the guy who always has a ready answer anytime someone asks me how I’d do myself in. It’s an idea I stole from a once-cheerful Pittsburgh restauranteur whose business went under and was never heard from again.

He said: “I’d book myself on a long, luxurious Caribbean cruise and when we’re about 10 miles from home port I’d get really drunk and jump off the end of the boat.”

I remember nodding respectfully. I thought it was a great idea if you’re depressed or terminally ill, especially the former. If you’re depressed the trip might pull you out of it. Or you might fall in love or at least hook up with somebody kinky enough to make life interesting again.

But I didn’t decide to adopt the idea for myself until he told me the kicker:

“And I’d pay for the whole thing with a credit card.”

Bravo. Just brilliant. If he’d figured out a way to give his life insurance company a really good screwing it’d be, to me, the E=mc2 of self-destructive notions.

I find the suicidal option abhorrent, while being wholly forgiving to most anyone who’s reached a despair so deep is seems irrevocable.

Life is difficult. We all endure heartache, failure and loss that can wipe out even the sunniest of souls.

After all, it’s not like we’re all fabulously wealthy Hollywood celebrities beloved around the world, people who’d never have any reason to do themselves in.
Bad example.

I wonder if it was his, too. It was so euphoric and life-affirming, just like the way we all want to remember Robin.

I loved best his rapid-fire stand-up routines — they were some of the funniest ever.

But I was always a little disconcerted seeing him being interviewed. He was either manically funny or so whisper quiet it made me uncomfortable. His behaviors seemed to teeter-totter without rational balance.

I wonder if he felt like he always had to be on or that being on was all he ever wanted to be.

He left us with so many questions, ones that will for many forever obscure all the laughter.

“Suicide is Painless” is the song that’s been going through my head. The lyrics will be familiar to anyone who remembers M*A*S*H, the very funny 1970 Robert Altman movie.

The tune became the theme for the landmark show of the same name, a show which was always compelling either for its comic brilliance or later for so much  bizarre self-indulgence.

The show was about saving lives, which is, I guess, they didn’t want to use the lyrics to a song that’s all about ending them.

I didn’t know it until just now, but the lyrics were written by Altman’s 14-year-old son Mike and earned the kid $1 million, or about $993,000 more than the dad was paid to direct the movie.

The game of life is hard to play
I’m gonna lose it anyway
The losing card I’ll one day lay
So this is all I have to say . . .

(Chorus)
That suicide is painless
It brings on many changes
And I can take or leave it if I please
… And you can do the same thing, if you please

It’s difficult for those of us who’ve never experienced it to understand a despair so bottomless it could lead to suicide, especially when it causes to so much collateral damage.

It’s just incomprehensible when someone so many counted on to lift us up seems to let us down.

His suffering is over.

The suffering his suicide leaves behind is just beginning.

Just not for the survivors.

Indeed suicide is full of pain and disbelief for all those left behind.

And who knows what mixture of behavior, pain, self-loathing, narcissism and whatever else eventually pushes someone to that point?

But suicide takes may forms--not just the last futile act of a brain already around the bend. Recall Nicolas Cage's character in Leaving Las Vegas--was there any doubt he was out to off himself through mass booze consumption? With the exception of some rare instances principally found in Eastern culture, suicide is seldom a noble act. But neither is it to be heralded as additonal evidence that the recently deceased now also be damned.

Robin Williams was hardly the first artist to make this choice, nor the first genius who used his talents to enthrall us all the while simultaneously suffering. Any reasonable person would surely know that all that manic-energy and literate cleverness was the Enola Gay of the entertainment world. He was simply too brilliant, (and too versatile)--and sooner or later the bomb he carried had to blow. And it has.

And perhaps that's why we simply recognize his passing for what it is most all--just sad.

Never saw "Leaving Las Vegas." Will now make it a point to. Yes, this one is so troubling.

Many people still seem incapable of discussing it, so in the end you're right:

All we know is that he was brilliant and it is so very sad.