Tweets of the Month: Guess my favorites! 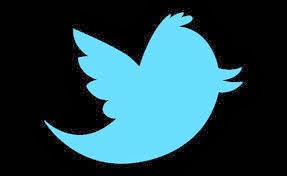 Try and guess my favorites. Answer at the end!

Oh, and please folo @8days2amish if you’re so inclined.

• Every operational decision every gastroenterologist makes is in some way or other gut-wrenching.

• If I was a hockey goalie's agent, I'd say my guy was born with a buttload of vulcanized rubber 'cuz he was always pulling pucks out his ass.

• I hope the Noah movie includes some dialogue where God tells Noah the flood is the result of human sin and climate change caused by man.

• I hope producers cast Gilbert Godfrey as the voice of God in the new Noah movie. After all, his name includes God.

• Because I believe words have meaning, I’m proposing the U.N. unilaterally change the name of Islamabad to Islamagood.

• I wonder if anyone watched the historic U.S. Beatles TV debut and said, "When I grow up I want to be just like Ed Sullivan."

• Many people flirt with disaster. Me, I slip it some Ecstasy, a made-up phone number and just let the chips fall where they may.

• The only downside to having such a fun-filled life is you're bound to forget some really great times. Me, I've forgotten 1987-92.

• Without things like pencils, remote controls or silverware, how did cavemen and women know if they were right or lefthanded?

• Daughter, 7, asked what I'd be doing today. Me: "Sitting all alone in a small quiet room screaming for attention." That's writing.

• Sometimes I think of doing push-ups for fitness reasons, but then decide against it when I realize how far my arms are from the floor.

• Does anyone else find it odd the man who did more to than any other to help control America's unwanted pet population was named Barker?

• I was just in my mind listing the 5 most influential people from my life; 4 of them are bartenders. It’s all starting to make sense.

• If we were at all precise about the language then cookies would be called bakies.

• Mexican authorities capture notorious Drug Lord Joaquin Guzman. I wonder what I need to do to refer to me as Blog Lord Chris Rodell?

• Two days too late it just occurred to me: Women's Figure Skating no longer involves women with figures.

• Given its potent combo of sex & athleticism, I think pole dancing will be an Olympic event in '16. Early favorite for gold is, er, Poland?

I was surprised to find so many worthy contenders from a month that seemed pretty weak to me. But I remain charmed by both “Cowligula” and “goofpuck.”

But my favorite is the one about not just flirting with disaster, but actually taking advantage of it.

It earned what to me is one of the highest compliments when my buddy Quinn Fallon said he might write a song about it. Very cool.

If you’re ever in Columbus, here’s Quinn’s bar. I’ll be there flat on my face in about a month.