How my facial hair determines winter is over 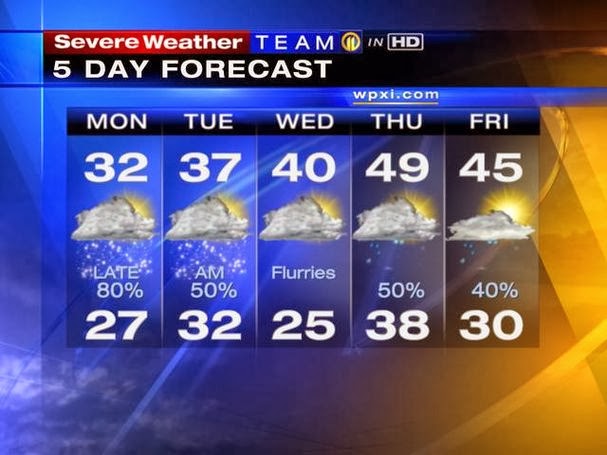 (719 words)
You won’t see the announcement on the Weather Channel, but today there’s reason to rejoice. This morning I shaved my beard and we all know what that means:

What does one have to do with the other?

See, I’m not one of those precious pretty boys who grows facial hair to be stylish or trendy. I’m casual about my appearance and doesn’t bother me one bit that my beard sprawls in so many untidy directions it appears the lower part of my face resembles one of my armpits if one of my armpits talked.

My beard is purely practical.

It is my facial sweater. A good chin divot really wards off the wind’s bitter bite in the cold, cruel winter. It’s very effective. If I could grow body hair as thick and widespread as my beard, I’d never wear pants.

The inspiration, as with so much of my daily pointlessness, goes straight back to the education I received at Ohio University in Athens.

The usually clean-shaven and fastidious professor of my interpersonal communications class caused a slight stir when he showed up mid-way through the fall trimester looking louche. He hadn’t shaved for days. Someone inquisitive asked about it.

“Ah, yes,” he said. “Every year I grow a beard on Halloween and keep it until Easter. So I grow it on a pagan holiday and shave it on a Christian one.”

Twenty-seven years later, that’s the only thing I remember him saying. His class was a complete waste of time. But the seasonal regularity of his beard growth left an impression on me.

But I also knew instinctively it made zero sense. What did Halloween and Easter have to do his stupid beard?

For a man to so alter his appearance, there should be some real rationale.

I initially found mine about 20 years ago whenever it came time to renew my driver’s license. My ways in those pre-fatherhood days were a bit wilder and I’d spend many hours trying to gameplan how best to avoid arrest.

That’s how I ended up growing my very first beard.

My theory was -- is -- that we need to make our driver’s license photos appear as repulsive as possible.

Scars, bloodshot eyes, unkempt hair and a petulant scowl are the composition of my every driver’s license photo. Ask if you see me and I’ll be happy to show you.

Most people, vain as they are about any camera pointing at them, will appear prettier and more composed in the picture, bureaucratic as it may be.

Not me. Officers look at me, then at my driver’s license, then back at me.

The difference startles. Compared to my driver’s license, my actual smiling face looks like the face of a law-and-order guy who’s really turned his life around since the picture was taken

I’ve been cut breaks because of it.

But what about when to grow it?

That’s where my declaration that today is the last day of winter comes in.

I begin growing the beard when I see the first 5-day forecast that includes three consecutive days of high temperatures below 30 degrees. This year that was November 30.

And I shave it off when I see a forecast with three consecutive days of highs above 40.

Oh, sure, we’ll still have bad days, but as weird as the weather is getting we could have snow in July.

But three consecutive days of highs in the 40s after so much misery is a milestone worth noting.

Baseball spring training is underway. The days are getting longer. More good days than bad are in front of us.

All the crappy, high-pressure holidays -- Christmas, Valentine’s Day -- are now safely behind us for another year and two of the best and most carefree holidays -- St. Patrick’s Day and April Fool’s Day -- are right around the bend.

Now what will I do if another freak cold snap comes along and the forecast pops up with three consecutive highs in the 20s?

Trust me. It’s not going to happen.

The very worst parts of this very worst winter are behind us for good.

It’s as sure as the hairs that used to be on my chinny-chin-chin.

Mugging it up for new headshots

Email ThisBlogThis!Share to TwitterShare to FacebookShare to Pinterest
Labels: getting driver's license picture taken, talking armpits, When is winter over, when to grow a beard, when to shave a beard