I wake up and smell something, but it's not coffee 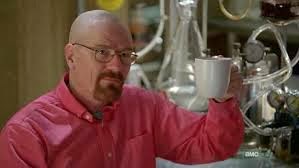 (688 words)
I think I’ve found the culprit as to why career stability’s been so elusive for me and  you’re probably holding a cup of it right now.

You have it and I don’t.

It’s likely you’re one of the more than 140 million Americans who starts the day with a cup of Joe. If someone tells you to wake up and smell the coffee then, by God, you can do it.

I don’t drink coffee. Never have.

It’s surprising to even me because I drink lots and lots of everything else. Hot, cold, pasteurized or distilled.

I’ve drunk oceans of ouzo, rivers of red wine and enough sudsy beer to buoy a fleet of battleships. I revere bourbon and dabble in vodka, gin, Scotch, Irish and Canadian whisky, etc. It’s safe to assume I’ve tried just about every distilled spirit available in every bar, often with predictably detrimental results.

Suggest you and I do shot from any old bottle and -- Cheers! -- I’ll drink to that.

And it’s not just hootch. I drink milk and enjoy orange, apple, cranberry, grapefruit and all the other juices.

When was the last time you had a swig of Hawaiian Punch? Me, I had one about a month ago.

And I drink Coke, Root Beer, Mountain Dew and all the other carbonated poisons they say are full of flame retardants. They say they’re bad for me, but I see many advantages for a modern man going through life more flame retardant.

I guzzle water all day long and try for digestive reasons to slam a pot of scalding tea -- hot water even -- after every meal believing it helps better disperse congealing belly contents.

So you have on this side me and the whole wide world of things that are mostly safe to drink and then on the other side you have coffee and vast multitudes of people way more productive than me.

So it’s been decades since I’ve woken up and smelled the coffee. My darling wife doesn’t drink coffee either.

She wakes up and being married to me can only dream of what it’s like to smell the coffee. Poor kid.

I can’t help it. A good, long, loud morning fart is sort of my way of clearing my throat and therefore an occupational necessity for any man who spends the day talking out his ass.

One study says 78 percent of coffee drinkers say it’s the first thing they think about upon waking up; 67 percent say they can’t function without it.

The only thing I’ve felt remotely like that about anything in the last 20 years is, I guess, “Breaking Bad.”

Would my life be different if I drank a little coffee?

I know on one hand I’d be even more impoverished. The average coffee drinker spends about $335.75 a year on coffee. But that seems low. Starbucks earned almost $15 billion in 2013.

Plus, there’s all that time making coffee, waiting in line for coffee, etc., and goofing off on coffee breaks.

That last point is likely moot with me. It’s felt like I’ve been on one long coffee break since 1992.

But would the caffein boost make me more efficient? Would I be super-charged? More stimulated?

I guess that’s one of the reasons I don’t want to engage in the coffee craze. If the world’s wired on coffee, then I guess I’m wifi.

I enjoy going through life under-stimulated.

It’s a safe bet that unlike me, not many coffee drinkers enjoy catnaps during long red lights. And I like to nap -- I’ve taken two quick naps during the time it’s taken me to write this far! It’s very refreshing.

Understand, I’m not trying to change any minds here. Enjoying coffee is an international endeavor that bridges races, religions and helps bring together people from around the world.

I’m just wondering if my life would be better if I indulged in a little daily java.

So if it works for you then by all means, continue consuming.

Keep on waking up and smelling that coffee.

Read this and go straight to sleep
Posted by Chris Rodell at 2:10 PM