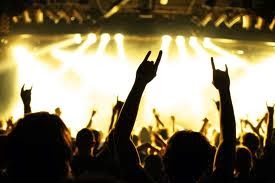 (784 words)
The friendly woman from the Greensburg/Hempfield Area Library e-mailed yesterday to see if I’d be needing anything for my 2 p.m. Saturday talk there.

I told her I was glad she’d gotten in touch.

I’d be requiring a security team of at least 10 off-duty police officers, four plain clothes, all trained in crowd control and instinctual threat detection. A bomb-sniffing dog, preferably a German Shepherd, who I’d want stationed near the state-of-the-art metal detectors she’d need to install just inside the library foyer.

There will be pyro so she’ll need to alert the local fire marshall.

I’d be needing a case of Evian water bottled no later than February 2012 and chilled to 43 degrees. Why 43-degrees? Because 43 is Pittsburgh Steeler Troy Polamalu’s number and I want her to arrange to have him there, too.

I told her I understood it was short notice, but I’d be needing six women from the local gyms -- two blond, two brunette, a red head and a bald chick -- to carry me to the stage the way the perfumed eunuchs used to carry the Roman emperors to the coliseum.

And I’d like some inflatable beach balls and a bowl of M&Ms with all the brown ones removed.

She said she’d get me the podium.

The real reason I was requesting so much outlandish on-site personnel is because I’m always nervous no one will show up.

The Tribune-Review was kind enough to do an advance on my appearance and the librarian told me 10 peopled already signed up, bless their hearts.

What can attendees expect?

About an hour of me talking.

There will be no fireworks. No powerpoint displays. No fancy graphics. No beach balls.

Because I’m convinced there is nothing more compelling than the sight of a talking human being with something to say.

Whether or not I’m that human being is yet to be determined.

And with the book doing well, I’m making a push to do more. My tech guys are adding a new “Motivational Humorist/Public Speaker” crayon to the “Use All The Crayons!” homepage.

The section will include proposals about why businesses, civic and philanthropic organizations and schools and universities should pay me to come to talk to their supporters, employees and students.

Maybe not. I see a lot of really dull people making a really nice living appearing on TV and being invited to address crowds of listeners eager for something interesting to hear.

I see them and think, man, I could do better than that.

My recently re-published book just earned its second 5-star (out of 5) review from another industry review mainstay in two weeks. An agent is shopping it around to major publishers.

And I hear near daily from someone who loves the book. Your reactions embolden me. Now’s the time for me to really sell it -- and myself.

So I really should spend the day preparing some sort of formal speech so I won’t fall flat. I should hone my phrasings, game plan my gestures and envision what I’ll do to somehow hold the attention of an audience for 45 to 60 minutes.

Instead, I’ll have some lunch at The Pond and then putter around in the office until it’s respectable to head back down to the bar to watch golf and engage in the pointless Friday bull sessions more ambitious sorts would never dream of attending.

Then I’ll take a pizza home to watch the opening ceremonies with my three darlings and the stupid dog.

I won’t do any prep until about an hour before tomorrow when I’ll jot down about ten key words that’ll trigger stories I want to tell.

I may or may not use them. I plan on being completely extemporaneous.

That makes it so much more fun, for both speaker and audience, I hope.

Afterwards, I’ll be selling the $15.95 book for just $10 each. I want to make sure it’s affordable for anyone and have found the low price is an incentive for people to buy multiple copies.

Plus, the math is way easier.

So I do hope you’ll show up and bring some friends. I’ll do my very best to keep it lively.

Oh, and just in case, someone please bring an inflatable beach ball.

We can all hit it back and forth if things get boring.