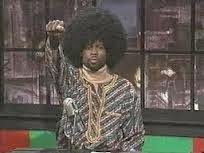 (693 words)
Millions of people all over the world will soon be tuning into the Olympics in hopes their countrymen and women will perform nobly.

I’ll do that, too, sure, but it won’t be my main reason for viewing. I’m maybe the only American who’ll be watching for anthropological reasons.

I’m hoping to see my first black Caucasian. And I’m not talking in some interracial, conservative-infuriating, mixed-marriage Cheerios cereal commercial.

I’m talking one of the great unexplored oxymorons: The truly black Caucasian. Or colored Caucasian, if you will. But probably not someone who could be called an African-American Caucasian.

See, all my life I’ve been told I was Caucasian.

Unlike Navin R. Johnson from Steve Martin’s 1979 movie, “The Jerk,” I was not born a poor black child.

Caucasian’s the default designation I was told to check in schools, on insurance applications, tax forms and every other bureaucratic process that needed to know the only thing about me less basic than Male or Female.

The funny thing is even though I was told being Caucasian was an essential component of my being, I never really knew what Caucasian meant.

I’d look at my skin and see what is generally considered white, but there’s no “Caucasian” in the big box of crayons -- and thanks to my book, I’m an expert on crayon colors!

Then I began to read more about Sochi, a place located near the Caucasus Mountains. I looked up a picture.

The mountains were white.

It was all beginning to make sense!

But how did this somewhat obscure mountain range half a world away come to define a race of people? My race, my people.

Turns out the reason I’m Caucasian is because of Christoph Meiners, a German philosopher who in 1785 wrote “The Outline of History of Mankind” in which he broke down humankind in two distinct groups.

If you’re thinking one was “good people” and the other was “bad people” then you overlooked the part where I said he was German.

No, Meiners said the two types of people were Mongols and Caucasians and could be differentiated and judged wholly by their skin color, with him saying the more pale the skin the more becoming and virtuous the individual.

Something tells me had he been around in 2012, his Mercedes would have had a bumper sticker that read, “Mitt Is It!”

His research led him to conclude that the people of the Caucasian regions of what today is Georgia and Armenia had the fairest skin of anyone in the world, which leads me to believe his “research” included getting laid near Sochi, an activity which has been known to cloud scholarship in other academic disciplines.

He professed the Caucasian people were so white they were likely the originals of the species, the whitest of the white. I guess to his idealistic mind that meant their predecessors were so white they couldn’t gaze upon one another without looking through pin-holed cardboard like kids do when there’s a solar eclipse.

Thus, even white men like me, descendants of pale-skinned Swedes, Scots, Dutch and English men and women, became Caucasians without our ancestors having so much as crossed paths with an Armenian goat, much less a fertile mate.

So for reasons of stereotype-busting hoopla, I’m hoping this Olympics introduces us to a truly black Caucasian. And I don’t mean in just skin color. I mean in militant deportment and accessory, as well.

I mean someone like Nat X, the uproarious Chris Rock character from SNL in the ‘90s. He was, it was said, “a man so black he sweats tar.”

It’d be cool if he was a chief sweeper for the Russian curling team or maybe excelled in luge. Or maybe a men’s figure skater!

I’d like to see an NBC profile of him and learn if he ever had any difficulty getting through security when he told them he was a proud black Caucasian.

I just think us Caucasians should stick together.

Black men can’t kick
Posted by Chris Rodell at 11:24 AM