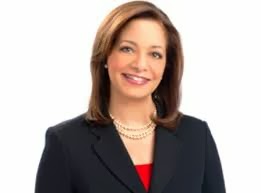 The days when we bar stool connoisseurs of local news and sports began to tune out during commercial breaks are long over.

These days, if there’s a break in the action many of us improve our postures, tug on our comb overs and daintily try and wipe whole cuts of pizza from our winter beards.

It’s like we think the TV commercial babes can see us through the screen and are appraising our worthiness.

We’re in a golden age of commercial production featuring local beauties who are pitching us everything from used cars to new flooring. It’s like it finally dawned on marketers that if a man must have his Olympic hockey viewing interrupted to consider a pitch about buying a Tempurpedic mattress he’s more open to the idea if it’s proposed by luscious Brandi Engel.

And think for just a moment how much more fun jogging down a sidewalk would be if, indeed, it were a Mattress World.

She’s a favorite, but we still have warm feelings for luscious Leslie Merrill (the Molyneaux Flooring girl), the Tom Henry Chevrolet girl and, Gina Cerilli, the beguiling doe-eyed brunette who shills for Latrobe Chevy.

Everyone does. And it’s not just Pond bar chatter.

There were a spate of letters to the editors of Pittsburgh papers that said, in effect, we hate Patrice King Brown.

It’s a phenomenon that saddens me even as I understand it.

Patrice was for 32 years a fixture and prominent anchor for KDKA-TV News. I’m friends with a guy who worked directly with her many years and says she’s one of the sweetest people he’s ever known.

And she was universally loved. She had a very pleasant demeanor, warm delivery and a playful twinkle in her eye that viewers found engaging when she’d say things like, “And now let’s go to Susan with the weather!”

Television bestows great affection upon smiling pretty people who say nice and uncontroversial things like that every night.

It was rumored she was forced to step aside for younger “talent” in 2011 when she retired to pursue other opportunities.

Now, that doesn’t seem fair at all, does it? Certainly not.

But -- and this is just a guess -- when KD hired her in 1978 one of the most appealing aspects of her application wasn’t that she was ultra-adept at covering warehouse fires, but she had the gorgeous looks that enabled her to at age 15 be a Miss Teenage America runner-up.

So I’m sure her 2011 “retirement” allowed at least one aging reporter she in her youth bumped out to indulge in a karmic cackle.

Anyway, she moved to Southern California with her doctor husband where everyone in Pittsburgh wished her nothing but the best.

Then she made the fateful decision that is destroying all the goodwill she’d built up over the past three decades.

She became the face of Pittsburgh’s largest employer, UPMC, the hospital conglomerate that is trying to dodge paying any property or associated taxes by lawyerly claiming it has zero employees.

It would be like John Grisham contending he’s not a best-selling author, but is instead a humble blogger who let things get out of hand.

Engaging in a corporate tiff over customers is one thing, but these two behemoths have for years now inflicted their petty squabble on western Pennsylvania’s news consumers.

They run childish ads in the newspapers nyah-nyah-nyah-nyahing each other and cite study after study that says the others’ pants are on fire.

And UPMC runs ad nauseam commercials featuring the once-beloved PKB. I’m unsure of the precise Latin meaning of ad nauseam, but if it means “ads that make people nauseous” I won’t be surprised.

In these ads she comes across not like a warm and beloved TV personality out to cajole us into seeing her side, but as a nagging mother who’s not going to let us out to play again until we eat all our peas.

The ads air so frequently and have such an off-putting and nasty tone, we’d hate them if they were done by sweetheart actress Jennifer Lawrence.

It just goes once again to demonstrate the power of television to build and vanquish affection.

I can only hope UPMC is paying her a mint to perform these ads that have cost her so much goodwill.

Because we wonder how she can sleep at night.

Maybe she has a TemperPedic slumber cloud from Mattress World!

i hated patrice king brown long before she became a shill for UPMC. i couldnt stand the constant jibes at patty burns' expense, to wit. "you have a better chance of being killed in a terrorist attack than getting married after age 30,.. Patti?" she was so obviously terribly jealous of Patti Burns' effortless style and class. she could just never compete. the giggle got really old too. one fun thing was that Patrice had a terrible problem with her pronunciation. she would stumble every 10 words. One really funny thing we invented was the Patrice Drinking Game...you got to drink every time she flubbed a word. she was especially funny when executing some difficult tongue twister, that she had obviously practiced,and as soon as she relaxed after the challenging word or name, she would immediately flub the next easy word. we laughed through many of her broadcasts.

Just a reflection on why I hate Pittsburgh completely ... nothing really changes here.

Way back in the late 80's, I went to Phillip Pelusi in Oxford Center to get my hair done,and Patrice was there. Philip, did her hair, I spoke to her, and she was rude and unfriendly. As, a Journalism,major, and writer, she butchered the English language. Her husband, used to be on QVC, awhile ago. Maybe now, she is nicer? I never understood, why everyone went nut's over her!?

I used to work in a restaurant as a bartender in Pittsburgh just across the street from KDKA studios and most of the news people that worked there came in often and most were incredibly nice and a pleasure serve. People like Patti Burns and her father Bill were always smiling, friendly and pleasant. I remember David Highland was very down to earth and was always quick to joke and laugh.

However, I also had the unfortunate opportunity of having to deal with the totally phony Patrice King Brown on numerous occasions. She was all smiles on tv, but was an awful, condescending witch in person, not to mention a bad tipper! The woman described in the UPMC commercials and at Phillip Pelusi is who PKB truly is. Good riddance to her.

Also, another phony is her former co-anchor Stacy Smith. I remember being a very young bartender and getting his dry Rob Roy wrong on a very busy afternoon. I was loudly berated by this classless snobby loser! Who drinks Rob Roy's for lunch anyway? I will never forget either of them and certainly won't miss them...All the worst to them if they are reading!!! Pittsburghers never forget!

Oh, I almost forgot. PKB and her husband are now shilling some "snake oil" pills on a tacky infomercial fleecing plenty of elderly people of their hard earned cash. Way to go PKB you old phony!