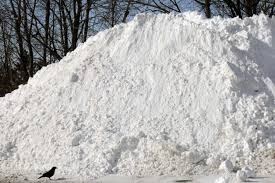 (749 words)
I gently corrected my 13-year-old when she mistook some common fenderdung for a mallberg.

We were coming from a Sunday afternoon showing of “The Lego Movie,” which I didn’t like nearly as much as all the giddy critics. Still, I was in a fine mood. I love seeing even crappy matinees with the family.

And my mood further improved when Josie used one of my pet words to describe the big gunky chunks of ugly frozen slush hanging from all four of my Saturn’s wheel wells.

“Ooh! Look, Lucy! Here’s some great mallberg,” she said to her little sister before beginning to ferociously kick at my car’s rear fender the way a surprised mule kicks at a farmer when it senses the farmer is about to attempt something proctological.

I couldn’t complain. She was only doing what she’s seen me do a thousand times.

My lone rebuke dealt with vocabulary, not violence.

Of the more than 200 words I’ve coined to explain things for which there are no words, that mallberg and fenderdung haven’t caught on surprises me the most.

Everyone who lives where it snows should know the meaning and usage of these two great words. Because in winters like this one, we’re besieged with mallbergs and fenderdung.

We here in Western Pennsylvania and throughout most of the country are long past any romantic feelings concerning our voluminous snows.

That’s what makes fenderdung such a great seasonal word. Every vehicle that drives out on a simple mission for milk comes home loaded with four wheel wells of gloppy fenderdung accumulated from the drive.

But what I guess you could call a bumper crop of fenderdung is upsetting to anyone who parks a nice car in a cozy garage. Because once the car is parked in an enclosed space, the temperature differential causes the fenderdung to separate from the vehicle and drop with a thud to the garage floor like a load of elephant poop. It’s a terrible mush of cinders and slush.

Now, I haven’t cared about my 7-year-old (117,898 miles) car’s condition for about four years. Sometimes I kick it just for the joyful hell of it.

But I know the precise sweet spots on the car fenders where if I give a kick as much as 6 pounds of fenderdung per wheel will come crashing down. Whoosh!

My daughters are unaware of the sweet spots and just kick the car as hard as they can because it’s fun. I’d instruct them about the difference, but am fearful they’d begin doing the same to me so I just let them wail away at will.

Mallbergs are something completely different.

Mallbergs are the man-made snow mountains in every commercial parking lot where a plow guy is contracted to clear the big snows before shoppers arrive.

You may have seen them at work.

The driver starts at one far end of the empty parking lot and with the plow down races as much as a quarter of a mile pushing all the snow into a gargantuan pile clear at the other end. After several rows, the peaks of these concentrated snow piles can reach as high as 20 feet.

The remnants of some of these mighty mallbergs endure clear through June.

It is my dream to one day be given exclusive rights to a story about a couple who emerges from a vehicle that had been accidentally buried deep within a massive mallberg during a storm so fierce the driver was unaware of his tragic misdeed.

Someone attentive might spot a bit of bumper protruding from the pile in the March thaw. They might hear tapping from inside the mallberg.

It would be one of the greatest survivor stories of all time.

I’d write a bestselling book about their experience and how they survived for four months in the tomblike mallberg. It’d be cool too if the woman gave birth during the ordeal to a son they named Mallcolm.

It would be an international sensation that would surely get the word mallberg indelibly inscribed in the public’s consciousness.

Of course, there’d be doubters. They’d say it was a hoax. A fraud. A humbug.

I can live with that.

Just don’t anyone call it a load of fenderdung.

Word Quest: My zeitgust to land a word in a dictionary

Someone keyed my car; suspects abound