January tweets of the month 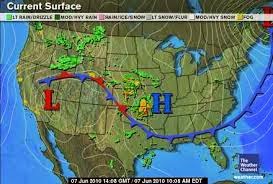 My prediction: Seattle, 45; Denver, 34. Those aren’t football scores. Those are tomorrow’s high temps. Anyone wanna bet?

That’s just a fraction of the witfest anyone who follows me at 8days2amish gets each and every day!

Of course, that’s not necessary. I’ll track you down one way or another if I ever think of something I believe is worth sharing. You just can’t shut me up.

• That "waste not, want not" is a load of crap. I waste nothing, yet still want everything.

• Some men & women climb mountains to discern the meaning of life. I just looked it up in the dictionary. I have to say it was disappointing.

• It's common for Olympic host to feature nation's most prominent band during opening ceremonies. That means Pussy Riot, right?

• How can they be considered the #GreatestGeneration when so many of them raised so many, stupid, silly jackasses like me?

• A sordid affair is 2 people engaged in illicit behavior. Two people busted before they can start having any naughty fun is a sordud one.

• There are two sides to every story, 'cept in the 4th through 10th dimensions when things start getting really complicated.

• Study says alcohol more lethal than cocaine or heroin. My default choice for Happy Hour is now in doubt.

• If my wife was as aggressive selling http://www.UseAllTheCrayons.com  as she is Lucy's Girl Scout cookies John Grisham would be my proofreader.

• A honeycomb is a delicious sweetener. A honey comb is something no sensible hairstylist would dream of using.

• Someday I’m going to enter a house with a “Welcome!” mat, sit on the couch, grab the remote and ask the homeowner to bring me a beer.

• We can all agree angels have wings. But do they have gills? If, God willing, I become an angel, some gearless scuba time would be cool.

• I believe all dogs go to heaven, but what about skunks and snakes?

• God knows all/sees all, but I wonder if He reads www.EightDaysToAmish.com.

• Very productive morning. I killed so many birds with so few stones I'm expecting PETA to protest.

• Everyday is anniversary of something historically awful. Our job is to balance the books and ensure something wonderful happens, too.

• The difference between a mad scientist and a merely angry one is all in the haircut.

• Five years ago tonight someone we'll never hear of lost out to Capt. Sully Sullenberger for USAirways Employee of the Month.

• RIP Gilligan Professor/Russell Martin. His death has everyone again wondering Ginger or Mary Ann? Me, I'd go for the third option. Gimme Lovey Howell!

• Casual Fridays must challenge the intellects of avid nudists.

• Daughters watching "Titanic." Told them the part where the artist gets framed is redundant.

• "Use All The Crayons!" earns a 5/5 star review. So if you had me in your Rotisserie Author League you owe me a beer

• Saw a man on this bone-chilling morning standing at the bus stop wearing nothing but a musical bellows. He was dressed accordioningly.

• To hell with sports drinks. I predict the next drink sensation will occur when someone figures out a way to sell bottled gravy.

• Some people climb mountains seeking the meaning of life. Me, I looked it up in the dictionary. I have say I was disappointed.

• When brain transplants become elective surgery, my new brain will be advanced enough that it won't become immobilized when it determines Three Stooges are on.

• Hope weather is miserable for Sunday's game. Not because I want to see sloppy game. I just want to know God hates Goodell as much as we do.

• My 7-year-old's love of her mood ring makes me nostalgic for my old one. Everything would be easier if adults all had mood noses.

• Martial Law is when a nation's military imposes its way on citizens. Marsha Law is when the oldest daughter on the Brady Bunch imposes hers

• This is just a hunch, but I'll bet it infuriates 1 percenters that the rest of us peons get to enjoy having sex just as much as they do.