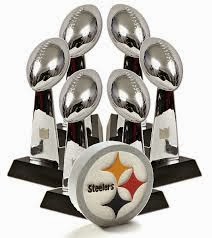 Re-reading this makes me wish I hadn’t thought of it till this year. I think having fans of the losing team spend a week working for fans of the winning team is a great idea. Enjoy the game!

My prediction? Seattle, 45; Denver, 34. And, again, for those of you wagering, those aren’t the scores. Those are the high temperatures for each city.

Pittsburgh, City of Champions will win (2011)