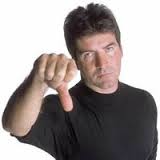 If you’re mentally craving great 8days2Amish tweets, I recommend you skip the following and go straight to this. I often feel it’s been a month of poor quality only to be surprised to find dozens of witty bits worthy of your attention.

Not this month. My mind’s been on so many other things and the cerebral silliness necessary for me to conjure bright tweets has been absent. It’s a pity, too. I’m sure had I been focused, I could have dashed off a bunch about our rollicking political situation.

Alas, it was not to be. I sheepishly confess to including re-runs in this round-up — please don’t tell Twitter. They might revoke my license to tweet.

I feel like I owe the internet an apology.

But I think the blog is back on its feet and that’s essential.

Glad to have this summer behind me and am looking forward to a fun and productive Fall.

Thanks to all of you for checking out my stuff. Have a great day!

• Maybe the Rapture already occurred and God determined there were only like five or six Christians worthy of saving.

• Sometime when I'm pumping gas and feeling naughty I remove my credit card really, really slowly. Just to stick it to The Man.

• Because I'm an apostle of gross excess, I propose we have #Olympics once each year by adding Fall/Spring Olympics

• It’s hot out. We crank the AC. Cranking AC contributes to global warming so it gets more hot out. So we crank up the AC. Together we dance merrily to our dooms.

• What does this underemployed blogger say about #Amazon and its 30-hour workweek? You're getting warmer!

• It is my understanding in heaven we'll see only those we truly love. So it is my belief heaven must have a lot of tall walls.

• News Russian hackers targeting NYTimes & other media elites can only mean one thing: time to build a wall around http://www.EightDaysToAmish.com !

• This may sound naive, but I have to think a brain-eating amoeba would be one of the world's most intelligent organisms.

• “Price is Right!” contestants represent a great cross section of America if all America were comprised of insane extroverts.

• Ryan Lochte would get off easy if judged by a jury of pee'ers. Situation still fluid.

• Imagine how bad bowling shoes would stink if every human foot really did have five li'l piggies.

• Trump? Nope. Clinton? Nah. Just because I'd love to hear him give speeches, I'm voting for the Arby's voiceover guy!

• I’m convinced the future will be dominated by those who in a confusing world retain the ability concentrate ... where was I?

• I realize it's a waste of time, but in a world yearning for clarity I faithfully check twitter in the hopes I'll one day see @DickCheney

• Build that wall! But make sure Lyin' Ryan is on the southern side of it.

• I’m thinking of conducting a comprehensive study on marketing breath mints and calling it, "The Tactics of Tic Tacs.”

• News that Trump is telling PA supporters to monitor polls has me thinking of voting multiple times. But telling thugs I'm voting Trump

• I’m so busy I dream of working in a spice factory so I could have access to a thyme machine.

• How did a nation renown for topless beaches end up with a name that includes BRA as its dominant syllable?

• I think solar plexus is some exciting new kind of renewable energy, but something in my gut tells me I'm wrong.

Trump dominates August ’15 tweets; of course he did

August ’13 tweets of the month

Chris:The rapture could not have occurred. Val is still here. With her putting up with you, her place is secured.:-)