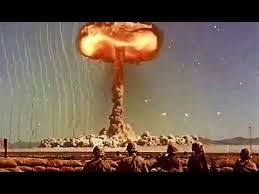 But if there’s one vital lesson from all this to take forward, one nugget to carry along on my inexorable march through life, then it is this: