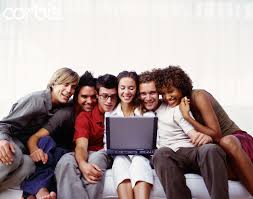 We were tooling down the highway, me and Mark, in my Saturn full of tools. We’re rehabbing Mom’s South Hills condo in preparation for sale.

So instead of pleasantly blogging for nothing I’m enduring a daily back-ache of a construction project that is costing me thousands.

I mentioned to Mark that www.EightDaysToAmish.com was on pace to have its first 10,000 view month. In fact, when the calendar flipped last evening the tally stood at 11,153.

I lamented to Mark how it didn’t really matter. Ten thousand paid the same as 10: squat.

How, I wondered, could I convert this growing and enthusiastic readership into currency?

“Charge everyone a dollar.”

So if you’re reading this, that’ll be one dollar, thank you very much. You can send it via PayPal or old fashioned mail to: 874 Solomon Temple Rd., Latrobe, Pa. 15650.

If it works out as easily as Mark thinks it ought to, I’ll welcome each of you to the Tin Lizzy for drinks tonight.

Yes, $11,153 a month for blogging will leave me feeling plenty generous.

And I believe it’s a good deal for you, too. You’re paying just 4.3 cents per post for July.

A buck a month? Sounds cheap to me.

Really, when a blog of indiscriminate mission and ambiguous title clears 10,000 readers in one month, it’s high time to exploit it for dough.

I’ve always been very self-deprecating about my blogging. But I think once you start getting 6,000 to 10,000 readers a month, it’s clear something special is going on.

I like to think my blog differs from nearly every other website in that its aim isn’t to attract clicks.

It aims to attract readers.

I write each blog with the hopes it’ll be compelling and entertaining enough to sustain your interest for the two minutes or so it takes to read 700 or so words.

I try not to, but sometimes the topic engages me so much I just write for 1,200 or even 1,500 words or until I feel I’ve reached a snappy conclusion.

And many people say they love those the most. I’ve learned what engages me engages them.

I go to bed nearly each and every night confounded that with readers like that I can’t make even a dime from it.

It used to be to be considered a great writer you need to write a great book.

Then the rules changed. We learned that writers need to be proficient in public speaking, in selling our own stories.

I remember last October addressing 250 Pennsylvania librarians at their State College conference and later asking the organizer how I can get better.

“You can’t,” she said. “It’s perfect. Don’t change a word. You can give that same speech the rest of your life and every audience is going to always love it.”

Now, the new buzzword is “platform.” You need a built-in audience of loyalists who’ll help you promote your books and projects.

It ought to be.

Either way, with your support and encouragement, I’ll persevere with the golden hearted belief this is all going to pay off.

I do this in spite of more than 20 years of evidence it never will.

So I’m either the greatest example of steadfast faith or true lunacy who’s ever written a word.

It has to be one or the other.

Maybe a stipend blog pay wall will resolve the issue.

I don’t want it to be off-putting and ugly. It’s gotta be a big, beautiful wall.

Too bad our nation’s most prominent wall builder is acting so busy.

Happy Birthday to Bob Dylan and my blog

Reading my sh!t on the crapper