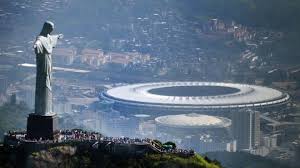 • When announcers said divers were judged on size of the splash, I told daughters I’d divined a way to become the greatest one-time diver in Olympic history. “Before my dive, I’d ask them to remove all the water from the pool.” Like I said, it’d be a one-time feat.

• I forgave Ryan Lochte after about the 30th time I heard Matt Lauer blatantly prompt him to seek our forgiveness. I was, er, pissed at first because it seemed like a stain on Rio and the people of Brazil deserve better — the hosts were magnificent and did their nation a world of good. Lochte’s lies only serve as a contrast to the joyful reality. My best @8days2Amish tweet on Lochte: “I think Ryan Lochte would be found innocent if he were judged by a jury of his pee'ers, but the situation remains fluid.”

• I adore watching the Olympics and do my best to make sure my darling minions do the same. At its best the Olympics are a big middle finger to people who hate based on race and religion — and, yes, I’m aware of the inherent contradiction of not embracing people who hate.

• I entertained the kids by making up non-PC lyrics to the obscure national anthems of gold-medal winning athletes. Here’s what I sang while Kenyan marathoner Eliud Kipchoge was singing: We’re someplace in Africa! It’s very hot here! Our chief export is textiles! We stop what we’re doing every day at 4 p.m. to to tickle each other! Come visit and pet our goats!”

• My 10-year-old asked why USA was winning so many more medals than other countries. I told her, “It’s because we’re affluent enough that our youth can fritter away their lives learning to tumble, throw balls and jump when youths of poorer nations must work on farms for food or dig through garbage dumps to find essentials.” Then I told her to quit asking so many pointless questions and go separate the aluminum cans from the rest of the recyclables to help Daddy afford to buy another case of cheap domestic beer.

•Fencing should be one of the most exciting of all the oddball Olympic sports. Instead, it is one of the least. They should make ‘em wear pirate garb and compete on planks above pools of hungry alligators.

• Having said that golf, to me, fell really flat. How come I, an avid golfer, couldn’t watch even a minute of Olympic golf, but was riveted to synchronized swimming?

• The daily news is dominated by angry, bloody faces and, happily, the Olympics are just the opposite. It proves the world is full to busting with good-hearted and appealing men and women. I hope after the closing ceremonies they all had sex with one another, conceived a bunch of children and that one day the whole happy gang of ‘em will immigrate to America.

• I’d like to know more about Keshorn Walcott, who is the Michael Phelps of Trinidad and Tobago (which is one country with two names; see link). Walcott won the bronze in javelin for TT to become the nation’s only medalist. Here’s what he said: “I praise God. I know the people have been coming down hard on the TT athletes and hopefully this will give them reason to ease up a little. I hope they keep having faith in me and know I am going to try my best each and every time. Thank you, my friends!” Guaranteed, you won’t catch Walcott peeing outside any gas stations. I hope Walcott immigrates to America soon, too.

• I guess one of the reasons I’m so forgiving of Lochte is I was just five days ago accused of acting like an immature jerk. I’d hosted a raucous little party in the corn hole room up here in the third floor penthouse of the Tin Lizzy just down the hall from my shabby little office. There was booze, loud music, scattered butts, a broken chair, etc. The next day Buck, my friend/landlord/chief inebriator here in Youngstown posted an angry note on my door: “Always clean up after yourself. That’s rule No. 1!” Honest, I thought I had cleaned up. Lesson: Buck ought to be glad he’s nothing more than my landlord and Lochte ought to be glad Buck’s not running the USOC.

• I’d like to train Val to get into bed each night by running down the hallway and doing Fosbury flop right on top of me like all the high jumpers do.

• How did a nation renown for topless beaches wind up with BRA as the first syllable of its name?

• The Kenyan national anthem is, “O, God, of all creation.” The actual lyrics are: “Oh God of all creation! Bless this our land and nation! Justice be our shield and defender! May we dwell in unity! Peace and liberty! Plenty be found within our borders!”

• Guaranteed, Kenyan tourism will increase when they adapt their anthem to my lyrics.

I’m lovin’ cornhole! Who wants to join me!

“You’re the world’s greatest swimmer! Now what?”
Posted by Chris Rodell at 10:14 AM