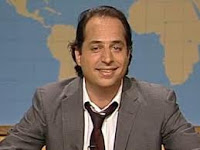 I did something yesterday for which I’m feeling justifiably small: I tried to bust someone for fibbing on FaceBook.

Facebook is a perfectly innocuous place where we all go to post our prettiest pictures and give the shared impression we all live in a happy, shiny place free of discord and things that smell, although I’ll bet  Zuckerberg’s about to force that function on us all.

I remember us sitting in the library that first week bored out of my mind and saying to George, man, we’ve been bearing down on this algebra for 10 excruciating minutes and we still don’t get it. What ever are we going to do?

His remark showed a genius Ohio University transcripts failed to recognize. The state drinking age at the time was 18. Athens was strewn with bars. He was right. We could go to a bar! And that’s exactly what we did.

He’s the one guy old friends always ask about when they call to catch up. “Have you heard from George?” they’ll ask. “Is he on FaceBook?

Then he came back about 15 minutes and typed, “Lon,” which was correct. Brad had the uncommon middle name Lon and the nickname “Boner” for reasons I won’t dare reveal.

By now I was beginning to realize feelings were being hurt. So I typed, hey, it was just a little test I conduct to make sure people aren’t using the internet for less than pure purposes. Because no one wants to see that.