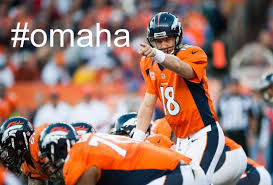 My most exasperating gift is an uncanny ability to earn vast sums of money for those who don’t need it while simultaneously earning squat for myself.

Sadly, the most frequent recipient of this mental largess is, alas, the greedmeister billionaires who run the NFL. I’m always coming up with ways to improve our most popular, yet flawed game.

And, oh, yeah, we’re getting to Colin Kaepernick.

I came up with throw-forward jerseys after being sickened by the sight of my Pittsburgh Steelers twice each year having to wear hideous throw-back jerseys. I said several years ago that they ought to begin selling equally hideous futuristic jersey.

And what happened last year?

Ta! Da! The gave us special “Color Rush” jerseys. They were flashy. They were daring.

One game between the New York Jets and the Buffalo Bills saw its ratings progressively tank because team jerseys were indistinguishable to colorblind viewers.

Of course, that didn’t matter. What mattered was they sold a lot of jerseys.

This year’s Brainstorm #1 stems from the retirement of Peyton Manning, who is now on TV more than when he actually played.

He’s a shoo-in for the NFL Hall of Fame in 2021. What’s equally obvious is he’ll include “Omaha!” in his induction speech.

“Omaha!” was the word he used to alert teammates he’d be changing the play. It’s now part of football lexicon. Anywhere people gather to play or jaw about football someone is bound to shout, “Omaha!”

My idea is for the NFL to sell sponsorship rights to the next key word for the 2016 season. And it is brand specific.

The word is “Pizza!”

See where this is going?

A quarterback would approach the line of scrimmage, survey the defense and begin shouting his gibberish, something like: “Red-24! Red-24! Blue-19!”

Then comes the Omaha-replacing sponsorship:

Americans by the millions would dutifully pause the action and like robots dial Pizza Hut to order an 8-foot belly-buster with pepperoni and sausage.

Pure genius, I tell you.

One man no one will hear yelling “Pizza Hut!” this year is Colin Kaepernick. He’s done what neither Trump nor Clinton ever could: He’s united the country.

By disrespectfully sitting through the National Anthem, he’s angered everyone.

And I love it.

Not his protest, which seems feckless. I just love anyone who makes the NFL squirm.

Remember, just last year it was revealed the greedy bastards were charging the Department of Defense $5.4 million for staging those heart-tugging halftime reunions between returning soldiers and their families.

It was pure gall.

So I hope Kaepernick keeps them twisting until they drum him out of the league.

Then I hope someone with more subtle thinking than Kaepernick picks up the torch for a cause that deserves attention, yes, even during a football game.

That brings me to Brainstorm #2:

Make both teams compete to see who can perform a better national anthem with the winner getting the ball first. The talent show would replace the coin toss. Fans all over could vote.

Kaepernick’s folly obscures the fact that the national anthem at football games is a joke. Hockey fans (not players) really sing it and it’s beautiful.

No one sings it at NFL games, especially the players, who stand there mute or scratching themselves. They set a terrible example.

Having teams perform the national anthem would help the league appeal to the demographic that enjoys “America’s Got Talent!”

Rehearsal could be a part of every practice. Why isn’t it already?

Each team would be given two minutes to sing the anthem and could include a patriotic skit.

Most wins could be included in the complicated tie breaker system to determine playoff eligibility.

Care to guess what’s for lunch?

NFL’s a bore; here are five ways to save it