Trump dominates August tweets. Of course, he does! 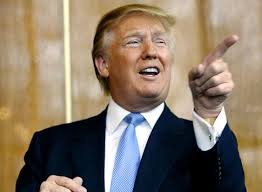 I wonder if having wifi in the Tin Lizzy is boosting my 8days2Amish Twitter output. I thought August was a very fruitful month. Perhaps it’s because I can now post them the instant they pop into my head — I rarely post with smartphone.

Of course, it’s dominated by Trump.

First day of school today. Yay! To celebrate, I may spend the whole day strolling around the house in my underwear.

Just hope I remember to put the outdoor duds back on when I head out to the afternoon bus stop.

• What did cavemen call houseflies?

• Smart phones are great, sure, but until smart phones have coin return slots where you can find surprise quarters they won't measure up.

• Thinking of spending the day trying to discern which came first: The word "computer" or the word “glitch."

• I’ll bet there are many days each week Dick Cheney wakes up and is stunned to realize he is no longer President of the United States.

• Is the reason the Koch Bros. aren't running for GOP nom. because they can't agree who should be Veep?

• Time doesn't fly. It drives a Maserati, drunk, down the Autobahn with a brick strapped to the accelerator.

• Those who obsess over audacious bucket lists go beyond the pail.

• Forlorn should be spelled fourlorn so we could gauge our level of lorness: Ex. "I was feeling sixlorn so I had a cookie and it made me threelorn.”

• Remember, having a great relationship with the Lord doesn’t mean you can treat the rest of us like crap.

• Pope asks us to embrace divorced Catholics. Aren't embraces what started all the trouble in the first place?

• How to punish Keith Richards for saying "Sgt. Pepper" sucks? Only one option: He must marry Yoko.

• Grammarians understand it's possible for a stationery store to be based in a mobile home.

• I’ve discovered new way to make junk science even more suspect: depending on the nacho and the setting, 5-second rule is now the 1-min rule

• Thought of way to ensure real face time with Trump: Tell his people sketches of how he'll look on Rushmore ready and he needs to choose most flattering perspective.

• We will eliminate hunger when the world operates on the same humble principle as, "Need a penny? Take a penny/ Have a penny? Leave a penny”

• Many dads accused of being helicopter parents, always hovering. Me, I'm more of a sidecar parent, just along for the ride.

• I think I'm like most writers in that I encourage ones who are less accomplished than I and disdain those who are more.

• Getting out of bed makes me feel like WWI soldier being ordered to vault from trench into No Man’s Land certain to face heroic annihilation.

• I wonder if Hell has Congeniality contests and how long it'll be before Bill Cosby is eligible.

• Can you imagine how pharmaceutical stocks would have risen if the doctors had been prescribing Ritalin when the #3Stooges were lads?

• I’m in a crusade to get national OBGYN organizations to start calling postpartum depression by a fun new name: "Stork Raving Mad!”

• How come the words work and fork don't rhyme, but beer and mirror do?

• Given surplus of one and deficit of the other, I imagine when Jesus comes back he'll turn California wine into water.

• Being unwittingly charged merely for seeking tech answers is a fee-ASK-o.

• Every time I see a picture of Gloria Allred in the news I think her name should be Gloria Allmakeup.

• I’m like most dads in that I'm not without my faults. I make mistakes. I screw up. I'm a flawther.

• At some point this week, I hope to come up with a theory about why a gun isn't called a bang.

• I know the lie diminishes me, but I can't help running into rooms and saying, "Did you hear? Dick Cheney's gonna be on #DWTS!”

• The quest has ended in disappointment since the dawn of man, but every decent herb factory has at least one thyme machine.

• I wonder how much the bucket lists of people who own bucket factories differ from the rest of ours.

• If I ever get another pet I'm gonna name him Peeve so I can say, "Here comes my pet Peeve.”

• If laughter is truly best medicine then how come the pharmaceutical conglomerates haven't found a way to gouge us for watching “#Seinfeld?"

• We hear lots about Jesus as the Son of God. I wonder about Uncle Jesus. Wouldn't it have been cool to say Jesus was your Uncle?

• Something tells me he admires Trump's moxie, but thinks the needs the guidance of an old Washington hand. Yes, he thinks America is ready for Trump/Cheney

• It had a handsome leading man, an earnest sidekick and international intrigue, but there was something about Ohio Five-O that never caught on. Oh, and Ohio Five-O had scenic corn locales.