Resolving a friend's feelings of failure 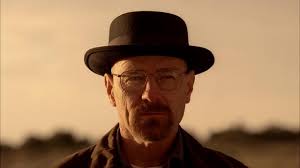 It’s not yet become frequent enough to declare it a trend, but a few of my friends are moving home to live with their mamas.

Understand, I’m not friends with any 18 year olds who see extending the summer job at the Pizza Hut as a career killer.

No, my friends are all like me, all gray and grizzled. We’ve spent our lives bouncing between prosperity and destitution. We’ve reached ages where many of our more successful counterparts are planning their retirements.

But things aren’t working out that way for my buddies. Me, either.

I spent a couple of days last week with one of them. He’d moved home last year after living and working in Manhattan for 30 years. Then it was like he’d dropped off the grid.

Everyone was concerned because the guy’s always been lively and connected, a real cranky son of a bitch beloved for so much sass and sarcasm.

This was no mid-life crisis. There was no Corvette. No blonde. Just an evident forlorness so deep it echoed up and down the East Coast.

I by default became the point man because I’d known him the longest and lived nearest to him. His brother drove him out to spend the night hoping maybe it’d help lift him from a near year-long funk.

I know friends have counseled him to consider returning to school, to network, to take out a small business loan and start over. One urged regular church attendance.

I told him he ought to binge watch “Breaking Bad.”

As someone who’s been the recipient of so much well-meaning career advice, I hope he heeds mine.

I know my buddy is feeling defeated.

Never married, he lost his life savings in ’08, saw career opportunities dwindle, and admitted he felt like there was nothing left to look forward to.

Watching “Breaking Bad” would change all that.

Who knows? It might even become aspirational. Walter White, with his cancer diagnosis and all, was down the dumps when he found a useful distraction.

Unfortunately for so many hapless victims in his bloody future, that distraction turned out to be Jesse Pinkman.

I understand despair and hopelessness. Avid spankers have hit bottom fewer times than I have in the past seven years.

How did I respond?

Honest, I think one of my great achievements is that through years of rejection, ridicule, failure and constant financial turmoil, I never gave into despair and let myself become a mean or moody drunk.

I, instead, wrote a book about how life can be joyful even when nothing’s going the way you grew up assured it would.

This is a notable accomplishment even if it never takes off the way I still believe it will.

At least I won’t have spent the past seven years — essential years spent raising my daughters — mired in a pessimistic mope. Imagine how different our daughters would grow up if I’d have been that kind of father.

How about my friend?

What’s he supposed to do after he learns the fate of Heisenberg?

He needs to persevere cheerfully.

He’s in a real slump, one that looks like it’ll never end.

But end it will.

A writer friend once challenged me to compose the most pessimistic line ever written. I rose, er, sank as it were, to the occasion with the following:

“Life is a series of disappointments, each one greater than the last, leading inexorably to the grave.”

Isn’t that one doozy of a downer?

Of course, it’s only true if you choose to make it so.

I choose to be cheerful.

It’s what I recommend for my friend, for anyone who finds themselves feeling distraught.

And what if I’m wrong?

I have no insights about what that'll mean for others. But I can divine what it means for me.

It means I can look forward to long nights of me on the couch at mama’s trying to explain to her things like why Walter White’s standing naked in the grocery store.

Our best TV-viewing day ever

Email ThisBlogThis!Share to TwitterShare to FacebookShare to Pinterest
Labels: Chris Rodell, feelings of failure, Heisenberg, mid-life crisis, Use All The Crayons