A galling story on useless body parts (from '12/for Earl) 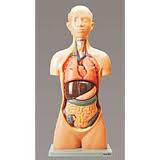 Just got word from my Nadine's buddy Greg that one of our favorite bartenders underwent emergency gall bladder removal surgery God speed, Earl. The world needs great bartenders. Not to mention great people and you're definitely one of them.

• Brushes with celebs & why I’m #TooCoolToSelfie (for Earl)